On The Radar: Greentea Peng 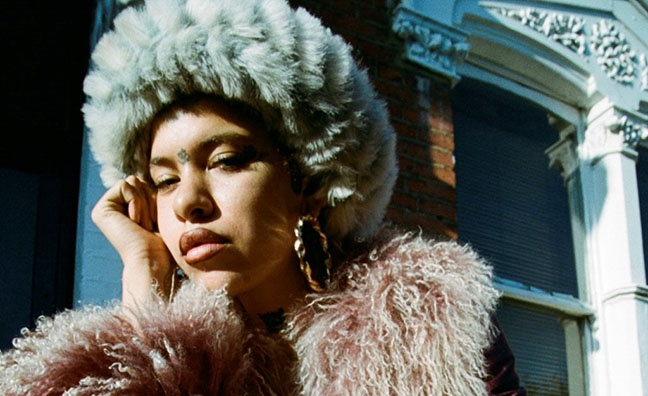 High above Greentea Peng’s head, clouds float by and the sun beats down. A seagull screeches, then swoops past. The singer, who gives her real name only as Aria, is in Hastings, catching up with family after playing her first show in the seaside town she spent some of her teenage years growing up in. Time was, Greentea wouldn’t have appreciated her surroundings. But today, she breathes in and enjoys the sensation. She’s just released Downers, a hazy, soulful exploration of the effects of negative thought.

“It’s about coming to a point where I was walking around thinking things were beautiful and knowing I wasn’t feeling any of it, just feeling grey,” she says. “It was a realisation [of the need to] come out of it. It’s about getting sunk into your environment and becoming a part of it rather than remembering that everything is impermanent.” The track follows last year’s celebrated Sensi EP, a similarly addled, jazzy and exploratory set of songs that drew comparisons to Amy Winehouse, among others. Downers, though, marks the dawn of a new era for Greentea Peng, who grew up in South East London and Hastings, before moving to Mexico, where she uncovered her musical talent after singing in a covers band. They used to bash through Arctic Monkeys and Black Sabbath songs.

“After Downers I felt really refreshed,” she says. “I didn’t even know I was feeling like that, I’d got so used to feeling negative and numb to everything, your ego gets comfortable and, before you know it, you’re in this behaviour cycle.”

Now, says the singer, “everything is new”. With a new EP due in October and collaborations with Mike Skinner and Goldie in the offing too, things are coming up roses. Days after our interview, Greentea inks a deal with Because. “I’m making music, I’m in this new stage of life where I’m expressing myself, being honest and working on myself. I couldn’t smell the flowers [before] but they’re there and I know they smell beautiful.”

Those days in Mexico, where she first met her management team, are fading into the distance fast. “It’s a completely different vibe now, man,” says Greentea. “It was a wicked start and I’m really grateful. It gave me experience of gigging, hard crowds, people who didn’t give a shit, doing dinner music, hotels… Do you know what I mean?” Music has offered Greentea Peng a lifeline. She’s still getting used to it all, but she’s happy to “ride the wave”. “I’m so much more confident, man. I used to have to get so waved before a show and drink a lot to calm my nerves, now I’m enjoying it more than ever,” she says. “I’m learning, becoming a bit more comfortable.”

Here lies a fascinating contrast: as the artist gains in confidence, the more broken and vulnerable her lyrics get.

“Yeah! It’s mad,” she agrees with a cackled laugh.

“It’s almost like I was impersonating people [before], which was why I tried hard to switch up the covers. Now, I’m being so honest, I’m baring it all out there. I’ve dived in the deep end, fuck it, I’m here now so I might as well just…” And there, Greentea Peng tails off, content at last.