On The Radar: Griff 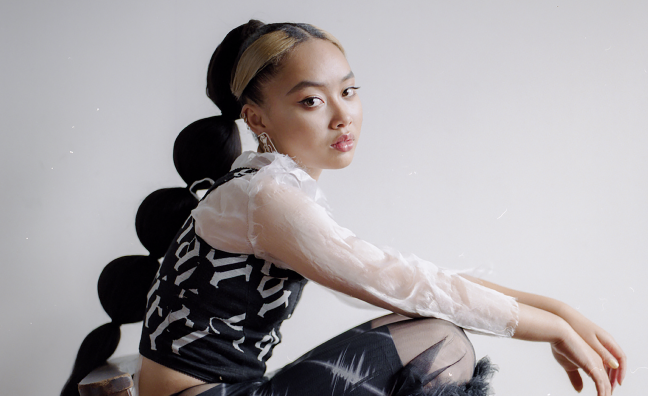 "I was so used to standing out, it’s helped me with music, to want to be unique. I’m so used to being different that it’s all I can see for my artist project.”

Speaking to Music Week from her family home in Kings Langley, near Watford, Warner Records newcomer Griff – the architect of elastic modern pop songs such as Good Stuff and Forgive Myself – is coming to terms with a turbulent week. George Floyd’s death shook the world and, in response, the music industry shut down for a day and anti-racism protests took place around the world, while social media has formed a relentless clamour in the background. Griff (real name Sarah Griffiths) joined the crowds in Hyde Park and the experience has engulfed her in a reflective mood.

“It was the most intense week of lockdown,” she says. “You can’t switch off from it and rightly so, a lot of people are hurting.”

Nineteen-year-old Griff has Chinese and Jamaican parents and used Instagram to tell fans that her experiences of racism have been pushed to the forefront of her mind. “Growing up, I was too black to be Chinese, too Chinese to be black, too coloured to be white,” she says. “You’re floating in this weird space, which is fine and you get on with it, but when you see the Black Lives Matter movement it’s like, ‘I’m part of it, but I’m not part of it, I don’t really know.’”

At school, Griff says she “strived to be and look like a skinny, white blonde girl”.

“I guess what you do to fit in is to become as like [everyone else] as possible, you just change,” she explains. “This wasn’t even anyone trying to be racist, it’s just the way society is.”

With pop music, my biggest fear is for my stuff to look the same as everyone else’s

Griff began writing songs at a young age, keeping her endeavours a secret, and thinks one of the reasons she loves it so much is because “it feels like an outlet for a lot of suppressed emotions”.

Three years ago, she wrote Paradise – sparse, futuristic, brilliant – and it caught the ears of several big music companies, not that she paid much attention. “I didn’t know what a publishing deal or a record deal was at that point,” she says. “But we got a lawyer because it was like, ‘Woah, a lot of people seem interested.’”

Phil Christie and Joe Kentish at Warner made the most passionate case, even if Griff played it cool initially (“I was in school and didn’t know what I was doing, so I kept them waiting, but they were so enthusiastic”) and now she’s signed up with Warner Records and Universal Music Publishing Group.

All the while, Griff has been driven to embrace difference. She hated her first big photo shoot, and so took on full creative responsibility. She makes her own clothes and crafted a pair of curtains for her debut headline show. She used them for Radio 1’s Big Weekend last month, too. It would have been her first festival.

“I’m a perfectionist, so making everything is stressful,” she says. “With pop music, my biggest fear is for my stuff to look the same as everyone else’s. It’s quite easy to come up with generic pop artwork, so it’s been my aspiration to carve out my own space. I would never want to [be] like the expected next major label pop girl.” This self-imposed pressure can take its toll and Griff sometimes feels like “being an artist is to be an influencer more than a musician”. Social media, too, can be a minefield: “TikTok... What the fuck is TikTok, you know?! It’s great, but it’s just constant.”

So, too, is Griff’s output. She’s working on a follow-up to last year’s The Mirror Talk EP, restlessly trying to better her new songs.

“My team are like, ‘We’ve got music, chill!’” she says before hanging up. “But I just want to write more and more and make sure we’ve got the very, very best...”