On The Radar: Holly Humberstone 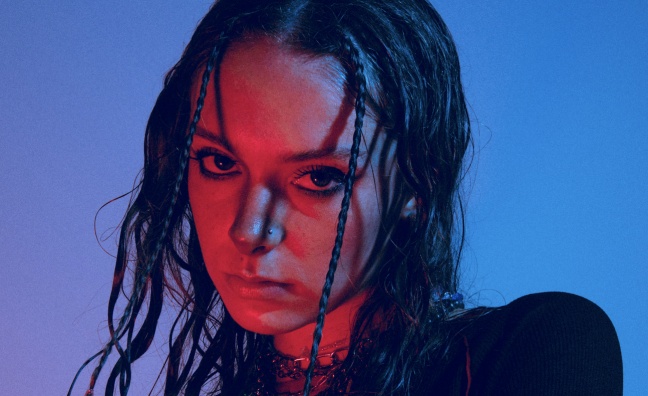 “People need new music now more than ever,” says the 20-year-old from Grantham, Lincolnshire. And if anyone knows anything about new music in 2020, it’s Humberstone. Having released her stark, magical debut single Deep End in January, she’s ending the year engulfed by a music industry cloud of hype and expectation. Everyone is talking about her raw, candid songs, six of which were collected on the exquisite Falling Asleep At The Wheel EP in the summer. Signed to Platoon and managed by Closer Artists, Humberstone says she leaves the business stuff to her team.

All year, she’s been holed up at her tumbledown family home, writing songs and devouring new music, mostly by Phoebe Bridgers. So, is she aware there’s quite so much buzz around her name?

“Erm... Well, apparently there is!” she says, perfectly incredulous. “I concentrate on making music I really love. That’s the key, it doesn’t matter how much buzz is around, you’ve just got to be making the good tunes.”

Humberstone hasn’t even heard the whispers about a possible BRITs Rising Star nomination. “Really!” she says. “I had no idea. That would be amazing, I’m not expecting anything like that. It’s completely weird to me that I’ve had so much support from Apple, Spotify and various magazines. How they’ve got hold of the music I’m not even sure, to be honest.”

Humberstone’s rise is all the more impressive given she’s barely had the chance to play live. She toured Europe with Lewis Capaldi early in the year (“It made me realise how much I wanted that for myself”), but as a musician, the pandemic is all she knows.

“I was thinking how weird and bizarre it is that my whole career has literally been on Instagram,” she says. “Any fan interaction is based on Instagram, and my DMs are the only way of seeing that people are listening to my music.”

And with more than 1.5 million monthly Spotify listeners and almost 60,000 Instagram followers, demand for her gigs will be big. Humberstone, who grew up as one of four art-obsessed sisters and made up songs on the piano to match the poems in her dad’s Leonard Cohen books, can’t wait to “put a face to a name” with her fans. She has a theory as to why her songs have struck a nerve, too.

“I’m quite honest and I try not to mince my words,” she says. “I’m writing about universal stuff, really truthfully. People are connecting and I’m not really surprised because I’m just being honest. I’m sure everyone else has felt these same feelings.”

As a kid, she’d hide her Kylie Minogue CDs from her sisters (“They didn’t even like Kylie, but I was obsessed, so I was extra paranoid”) and nurtured a passion for the Backstreet Boys and Avril Lavigne. She began writing songs to process her feelings. Deep End was written for her sister, and has become something of an anthem.

“We all struggle with mental health,” she says. “Not enough people were singing about it, so I had to have my own outlet. Deep End was me telling my sister I’d always be there for her and loads of people have said they’ve got the same thing with their best friend or sister. If I can let people know they’re not alone, that’s really great.”

And so Humberstone heads towards 2021 shaping both her sound and her mission to make a difference. She’s started a clothing swap shop with her fans and plans to make all her merch sustainable.

“I want to do things differently and I wasn’t ready to sign a huge major label deal,” she says. “I want to stand for more than just writing songs...”