On The Radar: JC Stewart 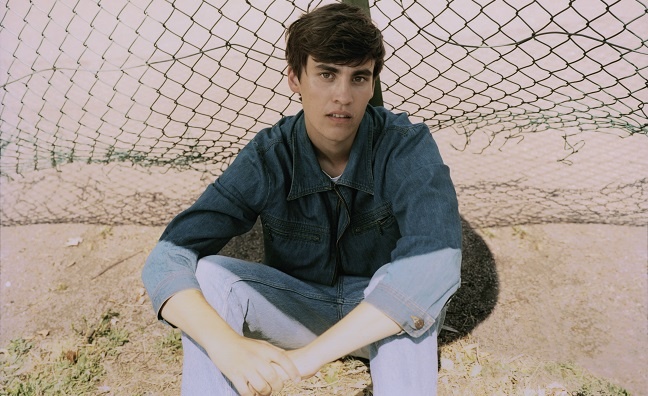 Ever wondered how to write a hit song? Of course you have. Well, JC Stewart is here to tell you you’re not the only one, far from it in fact. “The biggest thing I’ve learned is that nobody knows what they’re doing, which I love,” says the 22-year-old from Northern Ireland. “You work with some of the biggest writers and you’ll go into a room and say, ‘I don’t know what to do, do you guys know what to do?’ They’ll say ‘Not really!’ So you just try something, it’s a simple, honest thing. It’s a really weird job to have, but I love it.”

Stewart grew up in a village somewhere near Derry (“If you didn’t like indie bands you were screwed”), and speaks with the refreshing candour of a kid who abandoned dreams of becoming a rugby player to pursue music at 15 and has somehow ended up as a Warner Records priority signing who’s just passed a million monthly listeners on Spotify. Take the story about the night he wrote Hollywood, which featured on his friend Lewis Capaldi’s chart-conquering debut album, for instance. “I’ve been mates with Lewis for a while and I got a phone call from him one night asking if I wanted to go out,” says Stewart, who wasn’t exactly up for a big one but agreed to hit the studio with the Glaswegian instead. “I said, ‘I haven’t actually written with you yet, I probably should.’ So I called some mates, went there at 11pm and stayed up until 4am just having a laugh, drank some cans, wrote this song and, next thing you know, he was blowing up.”

Singing something nobody’s ever sung before is primal, it feeds the soul

Just like that. If music was as easy as Stewart makes out, we’d all be doing it. Really, his slow-burning, guitar-driven songs are a little more intricate than that, if only for their ability to impact the hearts of his ever-increasing fanbase. His sister nicknamed him Professional Sadboy and a few listens to conversational tracks such as Bones (3,289,077 Spotify streams) and Like I Did (4,459,074) explain why.

“My favourite way to write is when someone will say something and I’ll be like, ‘There’s the song,’” he explains. “It could be three words or five words. Once you find that concept you can write a song in 10 minutes. Have You Had Enough Wine? was from a conversation I had, I Think We Both Know came from a text from my ex.”

Recording mostly in London and Manchester, Stewart has completed work on an upcoming EP called The Wrong Ones, which will draw a line under writing about that relationship. Next, he’ll work on his debut album, which he wants to house, “songs that mean something to each other, not just singles”. With JC Stewart, if it isn’t honest, he’s not interested. “There’s something about playing music and singing something nobody’s ever sung before that’s quite primal, it feeds the soul,” he says. “You can tell when it’s real. That’s what I’m trying to bring into my music.”

We end with a word on his hometown, where he’ll retreat to write in the near future. “My mates are great because they remind me of when I was playing in pubs to 20 people who were booing me off stage sometimes because they just wanted to have a pint,” he says, breaking into laughter. “It’s crazy.” Maybe so, but those days are long gone now...