On The Radar: Jerry Williams 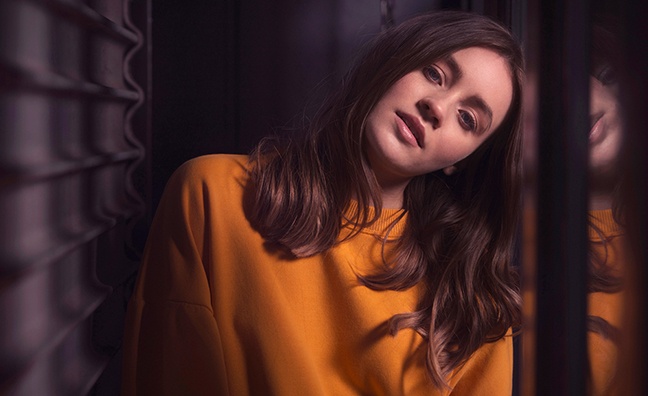 Portsmouth is a city on the rise. After successive relegations and going-into-administrations, Portsmouth FC are finally back in the slightly-bigger-time following promotion to League 1.

And now, Jerry Williams looks set to be the jewel of the south coast’s first breakout singer-songwriter since Joe Jackson in the 1970s.

Williams may only be 21, having played her first gig, aged 17, after training as a classical guitarist. But she skewers the cruel minutiae of relationships just as expertly as her elders.

A raft of self-released EPs and singles have already seen her bestow brilliantly Swiftian (that’s Taylor, not Jonathan, obviously) epithets such as “He’s a keeper I could lose” (Cold Beer) and “It’s just borderline/Boring with you all the time” (Mother) upon errant exes. So, are these all real situations?

“My life is what gets written about,” she says. “Every single line of I’m Not In Love With You is related to something that happened on this night out.”

And do the subjects of such songs know she’s written about them?

“Yeah, probably,” she rolls her eyes. “When I was younger there was somebody I really liked and it didn’t work out. I’ve rinsed that situation dry. I think he loves it to be honest, but I’m over all that now…”

Thankfully, Williams’ tunes are much harder to forget, set to giddy guitars that recall the 1980s indie jangle-pop explosion – even if she is far too young to remember it.

“I don’t really know The Smiths apart from the obvious songs,” she confesses, sipping tea in a South London cafe. “But people do always say that. I get The Cure as well, it’s like, That’s the biggest compliment ever.”

Williams’ love of Robert Smith extended to covering Boys Don’t Cry on her latest EP, turning it into a sweetly sinister affair that would be a shoo-in if John Lewis ever did a Hallowe’en advert.

Further inspiration comes from Coldplay and Jamie T, while she was driven to pick up a guitar by the mighty Avril Lavigne (“I thought she was really cool”).

This mix of pop smarts – she’s co-written with the likes of Dan Carey and Nick Atkinson – and indie attitude has garnered over six million Spotify streams.

Williams has also sold out her hometown’s Wedgewood Rooms and attracted support from the Box Plus Network (their showcase is one of three appearances at The Great Escape) and BBC Radio 1 (I’m Not In Love With You is this week’s BBC Introducing playlist Track Of The Week).

As her fanclub grows, so does her songwriting palette, with Williams continuing to draw inspiration from her hometown and its characters.

“I met this alcoholic in a bar recently,” she says. “He said, If you write a song for me, I’ll give up. I said, You should give up anyway. But I wrote a song about him called David At The Bar. Now I just need to find him again…”

In the meantime, Williams is going places, only not too far from her indie roots.

“I don’t want to be an in-everyone’s-face celebrity,” she sniffs. “Pompey will keep me grounded.”