On The Radar: Joesef 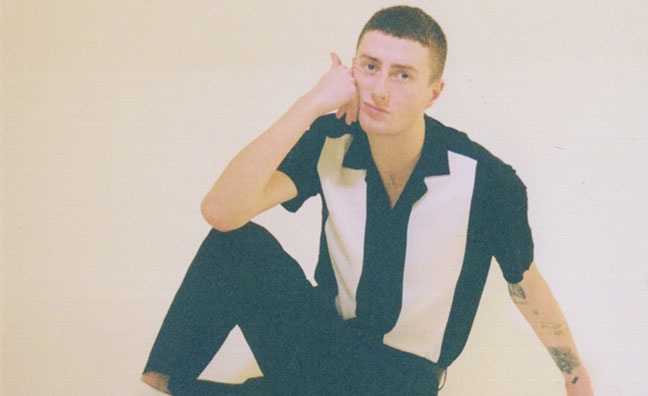 There’s nothing better than a good lunch, but not when you burn it and ruin your brand new pan, and that’s precisely the predicament Joesef is in when Music Week meets him. The Glaswegian singer/songwriter goes only by his first name, but any allusion of mystique is instantly shattered. “I bought a new frying pan, but I burned the eggs so bad I think I’ve fucked it,” he explains. “Aye, I have. It was from John Lewis and it was about £30, so I’m gutted.”

But we’re here to talk music, which is going rather better for the 24-year-old, who began writing songs after a drunken open mic night a couple of years ago and built up enough hype to sell out his debut gig at King Tut’s earlier this year. “My tunes are going well,” he admits. “But my eggs are shite.”

Joesef is unsigned, and grew up on his mum’s records (Al Green, The Cure, The Mamas And The Papas). He writes, produces and mixes his neo-soul jams from his Glasgow bedroom. To listen to them is to float away, lost in bluesy atmosphere. All but one song on his brand new Play Me Something Nice EP was inspired by the same “world-ending” break-up. “I’d never been in love before, it was a pure mind-bender,” he says. “I thought I was the last man on earth, as if it had never happened to anyone else. It was debilitating. The EP is a wee story.”

Lewis Capaldi is Scottish, I’m Scottish, but we’re nothing alike

The record’s messages are raw, matter of fact, a consequence of their maker’s honesty and affection for simplicity. He says there’s “no bullshit” in Glasgow: “If you go to a bus stop and there’s people there, they’ll talk to you. It makes you more honest, if I hear somebody singing and I don’t believe them, I’m like, ‘This is shite.’” Joesef has “total control” (his merch designs include pink balaclavas) and says his estate upbringing influenced his work ethic. “Being from a shit background and not having a lot, it does make you more creative. If you’re quite privileged I don’t think you actively pursue things as much,” he says.

After that open mic night, a mate from music college suggested he write some songs, and a few cryptic Instagram posts later, they’d sold out King Tut’s. “I’m not involved in the Glasgow scene at all. People were like, ‘What the fuck is this?’ They thought it was a woman singing,” he remembers. “I don’t know how we did it man, people just wanted to see if I was going to be shite or not.” He recalls a boozed up crowd, walking out to a “wall of noise” with his band. “It was class,” he says. “I was proper shitting myself and worried about my nerves, but that made me catch a wee buzz.”

He returned to the legendary venue in the summer, debuted in London last month and heads out on the road again in November. People are catching on fast and comparisons are raining down, mostly to another Glaswegian and a London soul legend. “Lewis Capaldi is Scottish, I’m Scottish, but we’re nothing alike. He’s successful, though, so it’s a good thing,” says Joesef.

And as for the parallels with a certain Amy Winehouse?

“Amy Winehouse and Lewis Capaldi – two opposite ends of the spectrum!” he replies, before breaking into laughter. “I love Amy Winehouse, she’s iconic, but I can’t accept that comparison.”

While the praise will surely keep coming, there’s a realness about Joesef that makes it all seem irrelevant. “Everything’s hilarious, I’m trying not to take it seriously,” he says. “It’s not a job, it’s just glorified karaoke, basically…”