On The Radar: Julia Jacklin 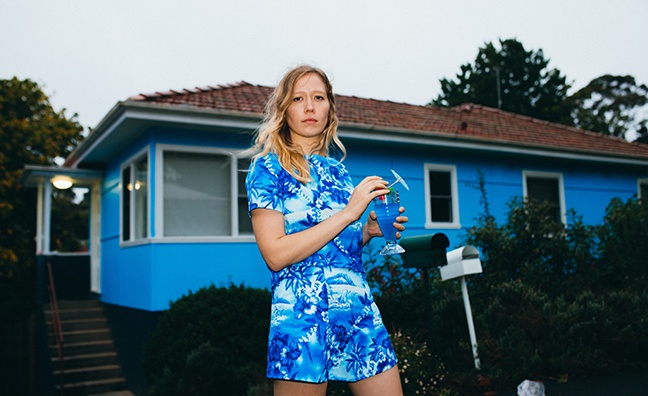 It’s the final day of Glastonbury 2017 and the crowd gathered by the Park Stage to watch Julia Jacklin is taking advantage of the field’s grassy slope and having a nice sit down. Many look a bit ropey, which is hardly surprising. Up on stage, though, the folk singer from Australia’s Blue Mountains is even peakier than her audience. “I was quite sick,” she says down the phone two days later. “It’s typical, getting so excited for something that you work yourself into illness and can’t really enjoy the moment.” And, though she adds an “Oh my God” and describes Glastonbury as “an endurance test”, Jacklin actually enjoyed the experience. “It went well! This year has been my first real experience of festivals and people seem to quieten down for what I’m doing, which I’m very grateful for,” she says.

Jacklin once feared that what she does - namely, sing bucolic folk songs that juxtapose anxiety with dry humour - would “lose the crowd” at festivals. But that’s clearly not the case. Her Glastonbury audience descends into reverie from the opening strains of Hay Plain and stays there right through to closer Pool Party. Released last October, debut Don’t Let The Kids Win has clearly struck a chord. There are more festivals to come this summer too, and Jacklin has based herself in Barcelona to save on airfares back to Australia. “I never thought I’d do big festivals,” she says. “So I’m just enjoying the experience. You never know how long these things will last or how long people will care about you.”

The same bashful apprehension clouds Jacklin’s responses when analysing how far she’s come since ditching a job in an essential oils factory to pursue music after watching a Britney Spears documentary. She saw it and marvelled at just how much the singer had achieved by the age of 25. “There’s still a lot to prove,” she says. “I’m tipped as the next big thing, Oh God, not yet! I’ve only made one record and there’s all that pressure on the next one. I feel the anxiety of how fleeting it can be. You can never relax.”

Brilliantly, Jacklin’s freewheeling sound could hardly be any more chilled. Original in much the same way as Courtney Barnett or Aldous Harding, it wraps mid-20s angst and nostalgia in deep melody. Upcoming single Eastwick (complete with self-directed video) might be her best recording yet. “It’s an accumulation of things I’ve changed my mind about. Feeling liberated and original and then having moments where you’re like, Oh no, I’m definitely not, the things I feel, the clothes I wear and the things I go through are completely unoriginal!” she explains.

Jacklin succeeds because she makes the humdrum exciting. Her records are like a diary, and her comedic touch dissolves any gawkiness. Now 26, she’s still not ready to talk up her own achievements, but before she hangs up to fly to Roskilde, there’s time for an appraisal of how Britney’s doing. “It’s cool that she’s been able to turn it around,” she says, breaking into laughter. “But I find the amount of product placement in her recent videos to be quite confusing. Maybe that’s because I’m an independent folk artist!”