On The Radar: Kassi Ashton 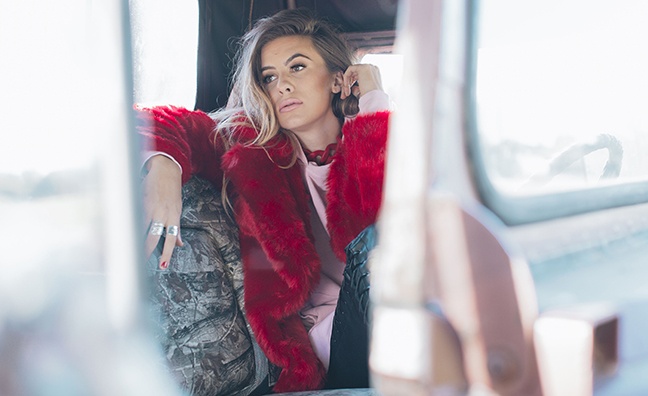 Meet a new Nashville superstar in the making...

There is a name on the tip of a lot of tongues in Nashville right now. This week’s cover star Maren Morris is a fan. So is C2C 2019 headliner Keith Urban and the CMA’s Milly Olykan. Said artist has already written with some of the biggest names in country music and even starred in a Budweiser commercial in the States. She goes by the name of Kassi Ashton, and she’s been working towards this for a long time. “I always say I started singing before I could read, because my mom used to sneak me into karaoke bars,” laughs Ashton from her Nashville home. “I couldn’t read the prompter so she’d stand behind me and tell me the words. My favourite song to sing when I was little was My Heart Will Go On by Céline Dion.”

Since that formative experience, Ashton was raised on a steady diet of Reba McEntire, Stevie Nicks and Cher before graduating onto artists like Amy Winehouse, Adele, John Mayer, Tori Amos, Imogen Heap and Eric Church. “I went through a Beyoncé phase,” she adds. “Obviously, that one never stops!” It was while studying a music programme at Nashville’s Belmont University that she got her big break: winning a country showcase. “That put me in front of a lot of industry people and led to my first publishing offers and signing with Creative Nation, and picking them for management as well,” she reflects. “Not long after I graduated I signed a joint deal between UMG/Nashville and Interscope LA – it was amazing!”

With direction from Creative Nation – co-founded by songwriting sensation Luke Laird (Little Big Town) and Beth Laird, a music exec with previous work at BMG Music Publishing, Windswept Music Publishing and BMI – Ashton soon began attracting critical acclaim. Her beautiful, slow-burn single California, Missouri is essentially her autobiography, outlining the disenchantment of her formative years in the Midwest. “I knew my whole life I wanted to write a song about my hometown that wasn’t your usual romanticised song,” explains Ashton. “I wanted to write a song not only for 16-year-old Kassi who felt so different in a small town, but also for other kids who might feel like they don’t fit in.”

Small town anonymity isn’t something Ashton will have to worry about anymore. The singer-songwriter appeared in the UK last year as part of the CMA Songwriters Series, and has since gone on to appear in an ad for Budweiser (which, she jokes, “runs in my family’s DNA!”) and also collaborated with Keith Urban. Beyond that, Ashton’s found herself in sessions with some of Nashville’s most elite songwriters. California, Missouri was written with Luke Laird and Shane McAnally (Kacey Musgraves). She isn’t taking such dream collaborations for granted. “Publishers say they can get you into a room with anyone once; it’s your responsibility to get them in a room twice,” she explains. “I’m hoping what they saw in me, my writing and my honesty the first time is what convinced them to write with me a second and third time.”

Indeed, superstar writers keep lining up to collaborate. Ashton’s new single, Violins, was co-written with Luke Dick (Miranda Lambert) and Natalie Hemby (Kacey Musgraves). Boasting a huge video – featuring some very impressive choreography from Ashton – it broadcasts pop influences far-removed from the plaintive strains of California, Missouri. “I don’t mind if my songs sound different as long as I like it,” says Ashton. “I like to show as many of my layers as I can, and I have a lot of layers to go.” While no debut album is confirmed yet, Ashton has an ambitious plan to release a song “every 10 weeks or so” to build on her remarkable start. “If anyone gets anything from what I do, it’s that I want to empower people to be 150% themselves,” she concludes. “I’m being as authentic as I can be, and I’m hoping to give them the courage to do the same.”