On The Radar: Khalid 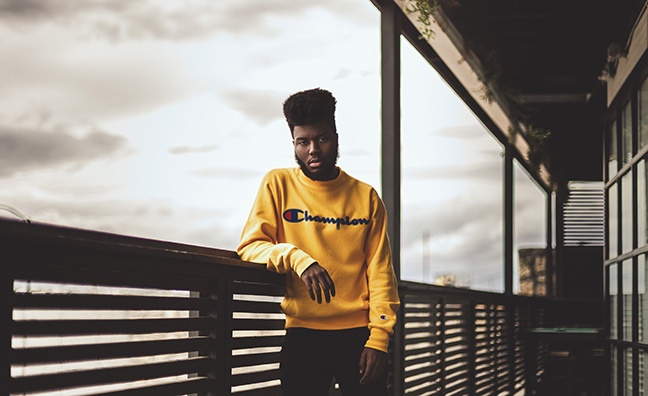 For some people, Location, Location, Location equates to watching Kirstie Allsopp and Phil Spencer unearth the homes the public can’t on their popular property show. But for El Paso teen Khalid Robinson, whose mother’s army career meant his music-obsessed childhood was often nomadic, the L-word is far more significant. Last year, Khalid (he’s ditched his surname for pop star purposes) released Location, a down-tempo love song for the digital age. It promptly changed his life, thanks in no small part to Kylie Jenner posting about it on Snapchat. A US record deal with RCA soon followed, and the song has since been certified double platinum in America and racked up more than 120 million views on YouTube. In the UK, it has sold 181,601 copies. Awards-wise, he’s just scooped Best New Artist at the MTV VMAs. It’s the kind of thing that, in music biz parlance, is regularly labelled a phenomenon.

“It’s been a year that has changed my life forever,” he says. “I moved to Los Angeles, signed to a label [Columbia in the UK], released my album and have just finished my second sold-out tour. Things are definitely moving quickly!” The spike in trajectory for a teenager who’s rocketed from uploading demos to SoundCloud to a support slot with Lorde has been testing, too. “Like in any industry, being young can present challenges,” he says. “While I’m still trying to find myself, people are trying to examine me and tell me who I am. I have my mum and friends to remind me where I came from and to keep me down to earth.”

Unsurprisingly, all of this still feels like something of a shock. “Looking back, I would not have seen myself get here so fast, but I’m thankful that I have been put in this position to continue to share my music with everyone.”
Khalid’s age is at the crux of his appeal. Debut album American Teen offers an intriguing view of the world through his 19-year-old lens, with production from a cast including Syk Sense, DJDS and The Arcade beefing up its emphatic feel of freshness. Social media rubs up against social commentary, coming-of-age stories are delivered with unwavering ease.

“Teens do not need people to speak for us,” he says, rejecting the idea of a ‘voice of a generation’ tag. “We have social media outlets that allow us to express our own opinions.” He cites recent disasters at home including hurricanes Harvey and Irma and wildfires in California and Canada as reasons “young people need to stay positive and give back to one another”. It may seem as if the singer is able to summon his feelings at will, but he says his dreamlike pop/R&B comes in a more abstract fashion. “I don’t tap into emotion, I let it come to me,” he explains. “When I am feeling some type of way or thoughts are coming into my mind, that’s when I start recording voice memos or go into the studio to let it all out. Music helps relive or rediscover memories.”

You get the impression that letting it all out will keep the memories coming for Khalid...