On The Radar: Lennon Stella 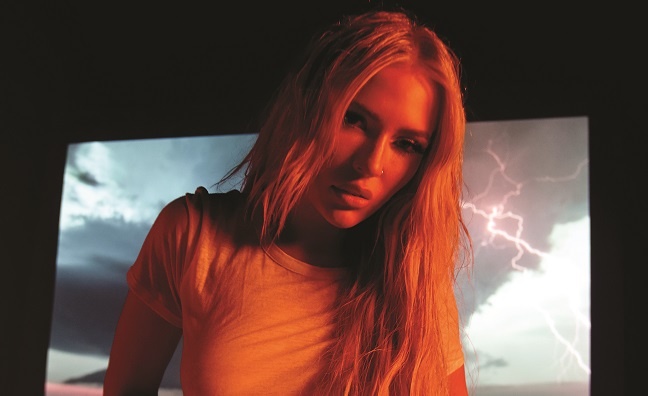 For most kids who grow up on a farm, a pop career is far from the first thing on their minds. But the vibe down at the Stellas’ home in the middle of nowhere in Claremont, Ontario wasn’t exactly normal farmyard fare. MaryLynne and Brad Stella performed twangy songs together as The Stellas, and their daughters Lennon and Maisy were around music from the moment they were born. They even had other family members in the music business. “We were way out there on a bunch of land, fairly isolated. We didn’t have cable or internet and we liked it that way. It’s all we knew,” says Lennon, who’s speaking to Music Week from New York, ahead of the release of her debut album, Three Two One,.

The clock has been ticking towards this moment since she was born. She started learning guitar aged five, and was soon in a duo with her sister. The family had moved to Nashville, where MaryLynne caught wind of a new musical TV drama named after the city. She wanted a part for Maisy, who was pursuing acting, and Lennon ended up getting one too. Before the show aired, their cover of Robyn’s Call Your Girlfriend turned the sisters into YouTube stars (the numbers continued to rocket for Lennon, who now has 15 million monthly Spotify listeners). They went on to star in Nashville, writing songs all the while, from 2012-18.

“Our upbringing has a lot to do with the way we are,” Stella continues. “I knew this was inevitable, but I didn’t imagine it would be so young, being on the show from 12-18 and then an intense shift straight into solo music. I was unaware of how different [my life] was because it was all I knew, I was clueless about how big it was.”

Stella’s heady solo work is glossy and pop, but owes as much to the clouded indie sound of Beach House as anything else. With new single Jealous (which tips its hat to Robyn) out now, the 20-year-old is excited for the world to hear her debut. “The songs are a little more personal, about family stuff and growth I’ve noticed in myself, relationships and things I haven’t sung about before,” she says.

Recent single Golf On TV, with its minimal groove and a title inspired by people doing things others will just never get, like watching small white balls rolling into holes on television, is another example of Stella’s airy approach. “I had so much freedom,” says the singer, who made the majority of the album in a secluded writing camp in Cabo. “Making a record has been such a thing for me for my whole life. It’s the way to get to know an artist as a person and having that for myself has been something I really wanted for so long. It’s so surreal.”

Stella completed a UK headline tour last month (“My family often come out on the road and I like to shop in all places”) and she’s barely been able to pause to collect her thoughts. “I’m in go-mode, talking like this makes me think I should reflect more,” she says. “Looking back, I just enjoyed [my teens]. There were moments where you’d flip out because they’re pivotal growth years and, being on a TV show, you have more responsibilities and you’re locked in. You can’t just dye your hair pink, things like that seem small, but when you’re a young girl it is relevant.”

In the days after our interview, Stella will return home to Nashville, where more isolation beckons. She’s used to it, though. “We were far out [away] as kids,” she says. “You use it as an outlet and draw comfort from it.”