On The Radar: Lindsay Ell 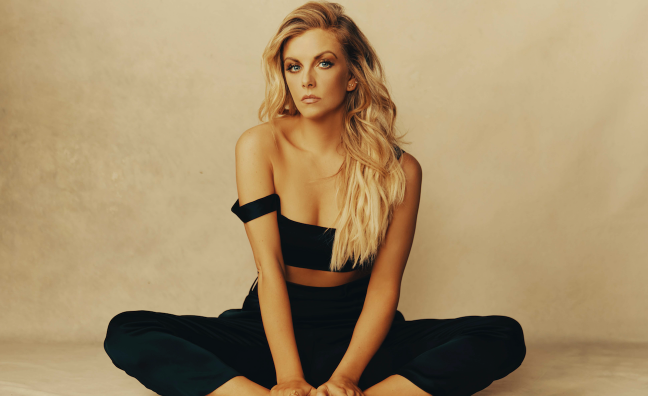 It is 8.30am when Music Week greets Lindsay Ell at her Nashville home. Considering she’s been pulling 16-hour work days lately, it would be entirely understandable if the artist we encounter was hooked up to
an IV drip of black coffee. Instead, Ell is wide-eyed and brimming with enthusiasm. Her house has, she smiles, already been thoroughly cleaned this morning. Up next on her hitlist? Fielding questions about her upcoming album Heart Theory – a record that looks set to cement her status as one of Music City’s most exciting prospects, with her team proudly hailing her as a “cross between Sheryl Crow and Taylor Swift”. A momentary look of disbelief flashes across her face when she hears this. “I’ll take that!” she grins. And yet her musical DNA has many other strands besides...

Growing up in Calgary, Canada, Ell took up classical piano aged six and guitar at eight, and was raised on everything from Led Zeppelin and Tommy Emmanuel to Chet Atkins, Stevie Ray Vaughan and Eric Clapton. Ell’s twin idols growing up, however, were Shania Twain (“I used to sing in front of the mirror with a microphone wanting to be her”) and Jimi Hendrix (“He was my guitar idol, and he still is to this day”). This explains a lot.

A fret-shredding guitarist, songwriter and performer, Ell’s been making waves for a while now, heading out on her first world tour seven years ago while supporting The Band Perry. She’s since been part of the CMA’s Introducing Nashville series in Europe/Asia, plus Country 2 Country Festival. But such success masks the fact that Ell hasn’t always been happy with her own material. Take her full-length debut, 2017’s The Project, for instance...

“I was in a rut,” she tells Music Week. “I was so confused. I didn’t really like the music I was playing, I was writing songs to try to get on the radio and I wasn’t being me, to be honest. I listen to The Project and I cringe [laughs].”

With Heart Theory – and backing from BMG/Stoney Creek/BBR, Red Light Management and WME – Ell plans on letting the world know who she really is in 2020. Her new album sees her unite with Nashville alumni such as Lindsay Rimes (Kelsea Ballerini) and Tyler Hubbard of Florida Georgia Line to deliver a moving concept album based around the seven stages of grief on stirring songs like Body Language Of A Breakup and Good On You.

Its emotional centerpiece is the piano ballad Make You, the roots of which can be traced back to when Ell attended a Youth For Tomorrow event in 2017 where she met victims of sexual abuse, including a girl who had been trafficked by her own parents. It was a moment that inspired Ell to confront her private emotional wounds in song. It took three years to tackle it, but with help from acclaimed songwriter/artist Brandy Clark, she found the right words. Trigger warning: what follows is Ell’s account of her own experience of sexual trauma that inspired Make You.

“I was raped when I was 13 by somebody in our church,” says Ell. “I didn’t tell my parents for seven years. I was mortified by it and I thought I had done something wrong. As a 13-year-old, you don’t really have the knowledge to process that. Then, when I thought I had finally healed from that, it happened again when I was 21. I remember walking away being like, ‘This happened again? What’s wrong with me?’ I wore it as a secret scar.”

I’ve really done a deep dive into who I am

Not only is it Ell’s most important song to date, Make You is also the name of her charity that supports survivors of sexual trauma and domestic abuse. “The only way that we, as survivors, will heal is by normalising that shame that we carry,” she continues. “It’s just such a heavy burden and it’s so hard to talk about. I just really want to be there for those survivors, I want them to know they’re not alone because I felt so alone. If I would have had somebody to hold my hand as a 13-year-old girl, or even when I was 21, I think I would have healed so much faster.”

While the coronavirus pandemic is preventing her from touring, Ell is raring to bring Heart Theory to life on stage. For now, she is taking comfort in the fact that she’s made the artistic statement she always dreamed of.

“For the past three years, I’ve really done a deep dive into who I am,” she says. “I’ve gone through the tunnel and come out the other side as somebody who’s finally ready to take control of their life.”