On The Radar: Lola Lennox 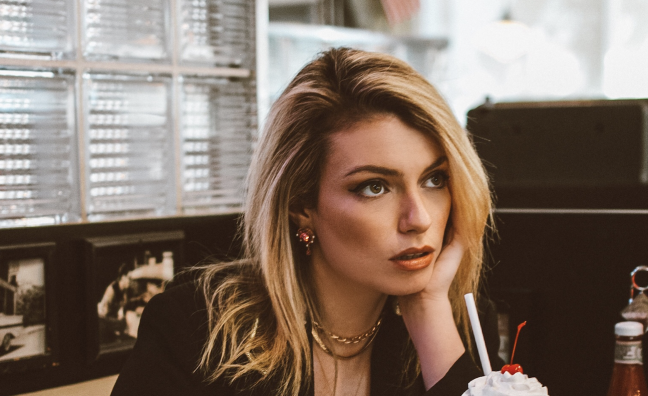 If you close your eyes and listen to Lola Lennox’s recent single Back At Wrong, you might just be able to hear the sound of falling leaves. The autumnal feel on the BBC Radio 2-playlisted track is all down to the singer’s co-producer and mother, British pop icon Annie Lennox.

“She sees a lot of music visually and was describing a certain sound that she wanted using metaphor, like, ‘I want it to sound like leaves hitting a pavement!’” recalls Lennox, speaking to Music Week from LA. “It was so funny, I didn’t know she did stuff like that. But you learn different things about people in studio situations.”

Lennox grew up surrounded by music – largely Eurythmics’ legendary synth pop catalogue – and dreamt of making it on her own from a young age. She began playing piano at seven, and remembers begging for extra singing lessons at school. By 15, she was writing songs and later sang soprano in The Royal Academy Of Music. In February this year, she introduced her soulful, impassioned pop sound with a ballad titled In The Wild, which was soon followed by a performance with her mum for the One World: Together At Home concert for an audience of 270 million.

“It felt like a really nice gathering of positive energy where music was really lifting the spirits of the people watching,” she smiles.

Prior to lockdown, mother and daughter headed into the studio to make the haunting, evocative Pale, Lennox’s second single. The singer is drawn to the powerhouse vocalists of yesteryear, especially Dusty Springfield and Aretha Franklin, and says their “emotional, passionate and soulful songs” are a big influence.

I want to see more female producers, mixers and co-writers

Out this week, new single La La Love Me fuses those classic love songs with slick, danceable pop, showing a more upbeat side. “It’s really joyful and feels like a celebration,” she says. “It’s colourful and has a bit of Motown in it, but with a 2020 feel. It’s about dreaming, having a crush on somebody. I wanted it to feel like a party.”

Lennox has more music coming in 2021, and is enjoying the flurry of activity. “I’ve been writing and making music for a long time and I purposefully had held back from sharing it,” she explains. “I had
to be at a point where I knew myself as an artist and it took a while. It’s meant a lot to have people responding in positive ways. I get messages on Instagram from people around the world saying they’re touched by my songs and that really means a lot.”

The singer has since spent much of this year in her home studio with her musician boyfriend Braeden Wright, and while 2020 might not be the most conventional year in which to launch a pop career, she hasn’t found too many surprises so far. “Being around my mum making music and touring from when I was little, I did see the meaning it was giving her,” she says. “It wasn’t a conscious decision of, ‘My mum does this, so I’m going to’. I just felt something strong when I was listening to music and I was naturally drawn to it.”

Lennox speaks with self-assurance and determination, qualities that informed her decision to self-release her music via her label La Lennoxa. “I’m definitely learning a lot and it’s totally different to writing and being an artist, you have to put your business hat on and that’s been cool and empowering,” she says.

Empowerment is at the centre of Lennox’s artistry and as she readies her debut EP, she is calling for more representation of women in the industry. “I want to see more female producers, mixers and co-writers,” she says. “Those [areas are] so dominated by men. Women have a unique ability to tune into emotion and, by proxy, make great art. I want to see more women doing that. It doesn’t have to be a man’s world.”