On The Radar: Lola Young 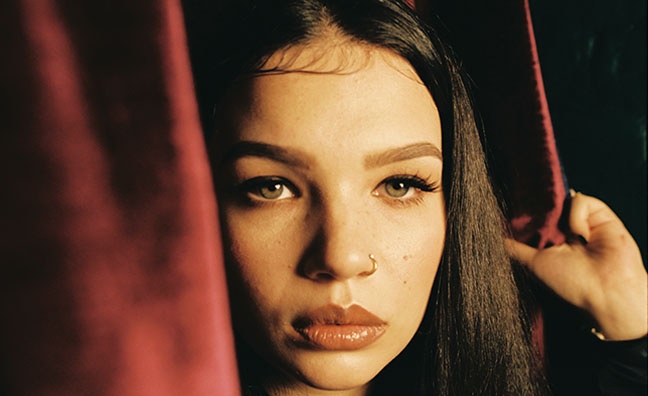 Lola Young says there’s not enough honesty in pop music, and the 18-year-old is here to change that.

Signed to Island and under the stewardship of Nick Shymansky, who managed Amy Winehouse, and Nick Huggett, who signed Adele to XL, the South Londoner clearly means business. But her music is more impressive than any industry connections, a red-raw mix of folky storytelling, hip-hop lyricism and soulful melodies. Her seven-track Intro EP came out towards the end of last year and is heavy with emotion: highlights 6 Feet Under, Grey And Lilac and The Man demonstrate the versatility of Young’s uncompromising voice, which slips from clipped and fast to longer, warming notes.

“I don’t really have goals, they’re a bit clichéd, do you know what I mean?” begins the singer. “I’m an open person and my music is raw, honest and real. In this era generally and especially in pop music, honesty is lacking quite a lot.” While Young says that she hasn’t broken big yet and describes herself as “pretty regular, not particularly bright or unique or anything”, her steeliness colours our conversation.

Take her theory on pop’s lack of realness, for example. “There are many reasons, one of them being that most people aren’t very intelligent!” she offers, stifling a laugh. “A lot of young people dream of being pop stars. When you get so caught up in that you start making music from the wrong place, coming up with ideas that are going to lead you in one direction, which is to be a famous pop star.”

Honesty is lacking in this era, especially in pop music

The former BRIT School student concedes that a new generation is moving past that mindset, but says there’s some way to go. “People appreciate underground music a lot more, they’re listening to stuff that actually says something, rather than just what’s on Capital FM every two seconds.” Young has been writing songs for five years, tension and excitement increasing with every passing second. There was a release when Intro finally came out, but she wants more. “They say that 10,000 hours of practice makes you good at something, well, I’ve probably done more than that of songwriting,” she says. “It’s very frustrating having all these songs under my belt. I want to get better at my instruments and I’m going to go into production to make things easier.”

Young has worked with collaborators including Two Inch Punch, but her music would be nothing without her spikiness and character. “You can’t just be an artist, you have to be an interesting person,” she says. “I’m not saying that I am, but that’s what the artists I look up to are like, not just bland, average. Not to be rude, there are plenty of artists that are super boring, but when you’re looking at the Amy Winehouses of our generation, it’s character as well the music that gives someone longevity.”

Lola Young wants long-lasting impact, and seems set for a compelling journey. “We’re just humans and the human condition is to feel things, so hopefully my music makes people do that,” she says. “You can be honest and raw, but you have to be relatable otherwise no one will give a shit.”