On The Radar: Loski 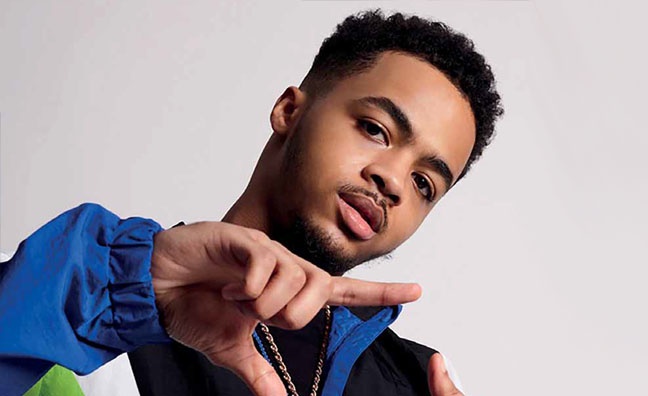 It’s not easy to get to know Loski. A fast-increasing number of people are aware of the South London MC and his hard, rhythmic rap tracks, but precious few really know him. “My music is just explaining [things], it’s not really about people getting to know me [as I am] now,” he says. “Not a lot of people do know me like that.” Talking to the 19-year-old, you quickly get the sense that this is just how he likes it, content to allow a sense of enigma to build, as sentences hang unfinished.

“Every song has a meaning, probably from a day I’ve lived or something like that,” he offers, in response to a question about his new Mad Move mixtape, which narrowly missed out on the Top 40 earlier this month. Loski appears in cartoon form on its cover, sitting in space, perched on top of the world with flying £20 notes, stars and a fireball. So, is there a concept behind it? “Nah, not at all. It’s just literally how it is,” he shrugs. “I put my ideas down and see what people create, it’s not hard to put together at all.”

But the mixtape’s 12 songs belie such offhanded breeziness. Previous single Boasy is a highlight, and finds the young rapper and Harrods fan delighting in making money from music and chucking out one-liners about Gavin & Stacey and wrestling legend Ric Flair. Boasy neatly exemplifies Loski’s move away from the drill that made his name (see early singles Money & Beef and Loose), but his slang-filled bars offer frequent hints of his story so far (“I got a chance to change my life”).

Growing up in Kennington and affiliated to drill crew Harlem Spartans, he pretty much knew nothing else when it came to music. But after an injury curtailed dreams of becoming a professional footballer (he has incidentally switched allegiance from Arsenal to Manchester City “because they’re the best team”), Loski zoned in on music. Fans are now familiar with the self-styled ‘cool kid’’s lyrical motifs and he’s part of a burgeoning roster on Sony’s Since ’93 imprint. “I don’t know what it’s like to grow up and make music anywhere else. I’m just learning as I go, that’s it really,” he says. “Everything’s good, I don’t know anything about what’s going on with other people [artists], so I don’t know if there’s better somewhere else.”

Apart from lorryloads of expensive clobber, Loski says the main way his life is changing is through application. “[Success] makes me want to work even harder, I’ve been in the studio a lot this year, almost every day.” Loski sounds totally unfazed by it all, but perhaps he’s more bothered that he’s letting on. Either way, he’s now concentrating on a UK tour, which kicks off in Glasgow this week and calls at London’s O2 Forum Kentish Town. “It should be good, I’m excited. I haven’t performed at some of these venues before,” he says before hanging up. Will he be nervous? “Nah, I doubt that, it’ll just be a good vibe...