On The Radar: Lotto Boyzz 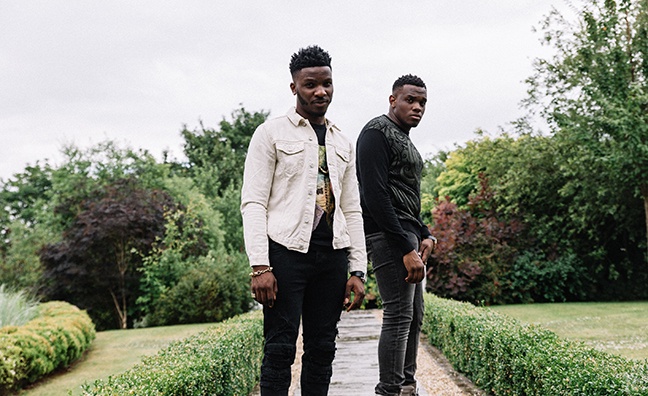 Lotto Boyzz. Do you feel anything when you read those words? Because Ash Kirnon and Lucas Henry want you to tingle… “Our tunnel vision goes so far ahead, and at the end is having Lotto Boyzz be the thing, the name,” Kirnon says. “Whenever you say it, there’s a little tingle, like, ‘Oh!’ Having that buzz around your name that can’t die. Legendary status.”

Legendary status is still some way off for these two 21-year-old best friends from Birmingham, but their spirit is overpowering, bubbling over during our chat in a busy coffee shop by London Bridge. “We want Afrobbean set as a genre, with a category on iTunes,” says Henry, filling us in on the second of Lotto Boyzz’ main aims. Released this week, their debut EP, Afrobbean (The Genre Definition), is their first move in that direction. Six bassy tracks that swing, pop and groove, it’s a smooth introduction to Lotto Boyzz, with breakout single No Don (135,679 sales, according to the Official Charts Company) appearing in original and remix forms. Coming after a tour with J Hus earlier this year, it’s a big next step.

They say it’s the first of many. “We want to play arenas,” says Henry. “Lotto Boyzz Clothing is launching soon, plus we have Lotto Boyzz Records. We’ll be signing artists eventually, first we want to fully have ourselves out there as respected artists." Kirnon nods enthusiastically, adding silent extra emphasis. Lotto Boyzz (the first part of their name stands for Last Of The True Ones) are thinking big, but they’re not about to run before they can walk. They met at youth club six years ago, where their early work on mixtapes and “having fun after school”, helped forge their humble good nature.The church played a big role too, without it, Kirnon says, “I wouldn’t have met half the people I have, or learned half of what I’ve learned.”

“The principles we stand by wouldn’t be the same without that backing,” Henry adds.

Youth club led them to meet their management, who encouraged them to make music and play live, initially as Ash X Lucas. “We became Lotto Boyzz last year,” Henry explains. “Our manager said, ‘If you master this sound, it can go somewhere’.” Lotto Boyzz see mastering their own sound as crucial to their success. “Everybody who’s lasted or stood apart in the game has created their own lane,” says Henry, who talks up the role of Danny Weed and DJ Target – who signed them to Columbia via Pitched Up – in their development. But the pair’s imagination and work ethic are the stars of the show, as Henry’s parting shot makes clear: “If we work hard, positive things will come…”