On The Radar: Madison Beer 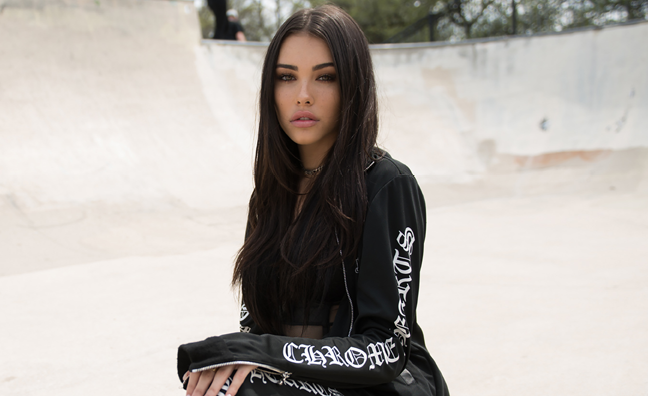 Madison Beer will never forget the first half of 2018, six months that marked the beginning of the rest of her life. Speaking to Music Week before a show in San Francisco, the 19-year-old pop sensation is still reeling from the release of her debut EP, As She Pleases. “It’s a Polaroid of where I am in my life right now,” she says of the seven-track future-pop record. “I feel empowered, independent, unstoppable and so, so happy. I will always look back and know that the songs captured the moment I decided to walk my own path instead of following one that’s been trod before.”

The turning point in question came when Beer, who grew up in New York and moved to Los Angeles aged 14, left Island Records to go independent. Her deal with Island – sparked by Justin Bieber, after he discovered Beer’s YouTube cover of Etta James’ At Last and sent the young star viral – coincided with a management hook up with Scooter Braun. Now, Beer is managed by Sarah Stennett at First Access Entertainment (“She’s the definition of a girl boss”) and is signed to Access Records. With current single Home With You, she’s currently the only independent female act in the American radio Top 40, and her debut album is well underway. How times have changed.

“I realised that I was being led in a direction I didn’t particularly want to go, but felt that I didn’t have the right to say no,” the singer reflects. “By making the decision to release music independently I took back control. I wanted to be able to stand up and be heard. I feel like I can finally do that now.” Beer speaks with clear-headed conviction, and the main reason she wanted to wrestle back control was because of the millions of fans (two million on Twitter and almost 11m on Instagram) who hang on her every word. “I want them look up to me as an example of how to be your own advocate and as someone who looks and feels empowered,” she says.

Five million monthly listeners on Spotify and 73m plays for Dead show she’s popular with DSPs, too. Beer believes an understanding of the music business will drive success, and considers her take on streaming carefully. “I think my fans are streaming my music because it’s their version of going to a record store. That’s how they listen to music,” she reasons. Beer sure can rock a crowd, too, and will be back in the UK before long. First, there’s a festival debut at Lollapalooza in August. “The real validaton comes performing my songs live. Nothing beats hearing a crowd screaming my lyrics and watching them dancing along with me,” she finishes. It seems she’ll have to get used to it.