On The Radar: Mahalia 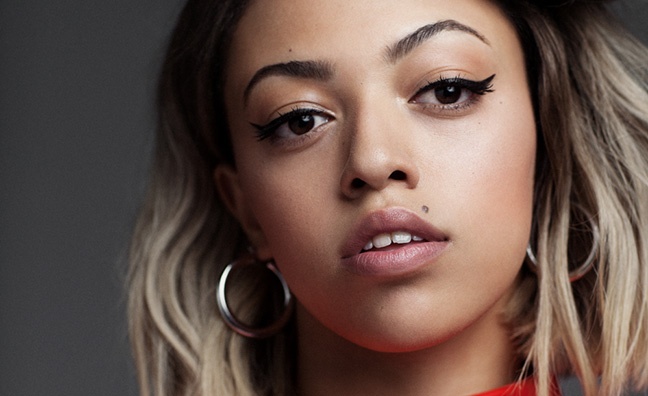 In her dressing room backstage at Camden Assembly, Mahalia is nervous.

“I’m definitely pretty freaked,” she says. “It’s sold out and that scares me.” Offsetting her nerves is the knowledge that she’s done this kind of thing many times before: Mahalia started gigging at open mic nights around her Leicester hometown aged just 12. Now 19 and based in Birmingham, she’s six years into a deal with Asylum/Atlantic and has just released soulful new single Sober, the purest example of her candid pop songwriting yet. It’s the latest stop on a long journey.

“My parents were both songwriters, and I started writing when I was seven,” she says. “I had one called My Angel that my brothers took the piss out of. I learned guitar from 11, and started meeting other musicians, learning and absorbing their energy.” At 13, she had the chance to soak up something rather potent. Mahalia was working in Wales with Amy Wadge, who organised a trip to see her friend and collaborator Ed Sheeran in Wolverhampton. “I met him backstage and he said, ‘Oh my God I’ve just been sent your music’. I was hyperventilating because I was such a big fan, then, we got in the car to leave and 10 minutes later he’d tweeted about me,” she remembers. It marked the formation of an important bond: Sheeran took Mahalia on tour, they “sang a couple of songs” and “he told me to only listen to myself when making music”. Now, she describes her labelmate as “a mentor figure, though I don’t know if he knew he was.”

Her output so far – including 2012’s acoustic Head Space EP, 2015 EP Never Change and last year’s mixtape Diary Of Me – bears traces of her fingerpicking past, but Mahalia is moving towards soul and R&B. “It’s been a natural development,” she says. “I started working with [producers] Maths Time Joy and Felix Joseph and, as I’ve got older, my tastes have become so much broader.” Namechecking Erykah Badu and Lauryn Hill, Mahalia says the public is “thirsty for soul music” and is delighted to be rendering it for 2017 alongside artists such as Jorja Smith and Iamddb. “It’s nice to hear other women doing this and I’m so proud to be in line with them, they’re great.”

Mahalia discusses the music world with an air of experience, and we pick over her six years in the industry before she’s due on stage. “It took three or four years to understand the position I was in,” she says. “I don’t like the business for many reasons, but it’s given me some amazing memories. You have to sacrifice to gain, and once you can listen to yourself it all becomes easier. I feel like I’m winning, once you have clarity, you can do anything.” Suddenly, Mahalia doesn’t sound nervous at all...