On The Radar: Maisie Peters 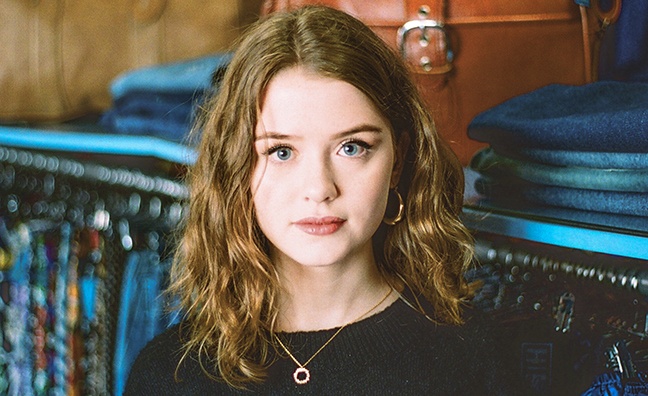 It might be raining in Los Angeles, but Maisie Peters is far away from the wintry snow that’s blanketing the ground back home. The 18-year-old is midway through her first Californian writing trip, and the LA skyline marks just how far she’s come since she began honing her emotional, accessible pop songs on a dodgy old keyboard at home in West Sussex. Growing in up Steyning, a small town on the edge of the South Downs near Brighton, Maisie Peters had no concept of the music industry. Now signed to Atlantic, she’s reaching for the stars.

“I’ve been writing for a deceptively long time for my age,” she begins. “I thought that everyone else wrote songs, I don’t remember thinking I was doing anything particularly crazy. I’d write stories and poems that were all really awful, and I’d start writing books that I would never finish.” Soon, Taylor Swift sparked a change in direction. “I got really into a song called Love Story where she’s in a wedding dress and there’s a horse and a big palace [laughs] it was the coolest shit I’d ever seen,” says Peters. “I had a really bad keyboard passed down from my grandparents and I just started singing.” Before long, she was uploading videos to YouTube, but Peters didn’t think anything would ever come of it.

“Songs were like books I could finish a lot quicker! I had no plan to be a singer at all,” she says. “I didn’t even know what a publishing deal was. When my manager found me on YouTube, that was the first time I thought this was a thing, I was apparently good enough to warrant somebody managing me, so that should count for something!” Peters released the folky Place We Were Made and piano ballad Birthday independently in 2017. Label meetings soon followed (“I pretty much met the whole of [Kensington] High Street”) and she signed her deal. Two singles and an EP since illustrate a prolific work rate. “I want to keep running around writing whatever I want right now,” says Peters. “I want to make music that makes you want to listen, pay attention and feel something, necessary music that people need in their lives. It’s so cool to play a part in people’s lives, that’s an underrated part of being an artist.”

Before a UK tour next month, Peters releases Stay Young, which broadens her palette towards Haim and Maggie Rogers and describes her post-A Level summer. “All my friends at home were going away or going out every night, which really isn’t my vibe,” she says. “I can go out once and then I have to go to bed for seven weeks! I was in London a lot working and it was exciting, but it was a lonely time made lonelier by the fact that all my friends were together. There was palpable excitement and tension, in a good way, about the future.” It’s a frank, relatable pop song, and one that suggests that Peters is right to be excited…