On The Radar: Matt Maltese 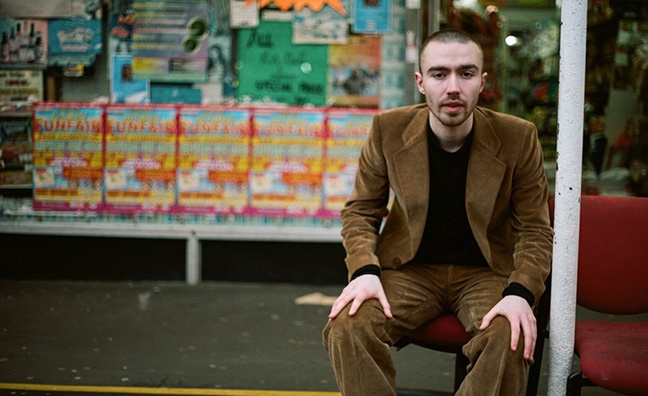 Three days before the General Election, Matt Maltese is hanging around in an east London pub, killing time before the last show of his First Past The Post Tour with The Rhythm Method. Both artists are ardent supporters of the Labour Party and Jeremy Corbyn (Maltese even shares his predilection for moss-shaded suiting), and cooked up the six-date run to encourage young people to vote. Maltese’s keyboard-driven melodrama packs a subtler punch than The Rhythm Method’s pub-rock, but both artists share an articulate, beer-mats-and-Scampi-Fries musical aesthetic. The idea was to encourage togetherness and political hope for the future. So, has it worked?

“It’s been really good,” says Maltese. “We’ve had Student’s Union Labour representatives come and talk onstage, and our political songs are pretty explicit.” At this point, the understatement alarm rings: Maltese’s recent single, As The World Caves In, imagines Theresa May and Donald Trump making love after triggering a nuclear apocalypse. He continues: “The fact that this has been such a mad week for the country [means] there really is a movement for Corbyn. It’s special to feel we’re shadowing it, however small the contribution. We couldn’t not do it.”

At 20, the South London-based singer would struggle to remember a more turbulent time in British society. And in such a significant week, his words land heavily. “I feel a responsibility to be compassionate,” he says. “To be a left-leaning person and not take part in a vote that is so black and white, I feel, between good and evil? There’s so much in Corbyn that I see in my own morality, to not have taken part would have been a slightly wimpy thing to do.” The key thing about Maltese’s message is that he says hope can prevail even if Corbyn loses (and you may well be reading this in the wake of a Tory victory). “I believe that the younger generation is being opened up to the left, and I’d like to think Corbyn will stay on whatever happens. He’s the most overt representation of how the Labour Party started that they’ve had in decades. Young people will still support him, it’s mad how much of a voice he has.”

Because of all this, Maltese has faith in “the long game” for Labour. “It’s not about writing songs, talking about it and then giving up if it doesn’t happen,” he says. “This is a movement, and a Theresa May win definitely won’t rule out left-leaning politics forever.” Maltese is equally optimistic about his own future: part of a wave of talent from south of the river (see also: Goat Girl, Shame, HMLTD), he’s excited to develop his songwriting, which encompasses heartache as well as skewed political swiping, with a debut album due on Café Bleu/Atlantic next year. “I want to bring humour into sincerity,” he says. “There’s a lack of self-deprecation among solo singers, so I’m trying to bring some funny back. It’s weird being self-indulgent and talking about your feelings all the time, it’s not reality without humour. You have to laugh at yourself.”

Matt Maltese, then: another amiable, slacks-clad figurehead for Britain’s youth.