On The Radar: Mellah 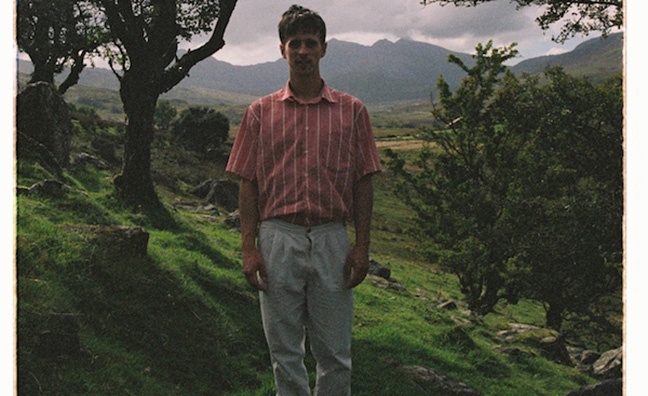 After a few issues with his mobile phone signal, Liam Ramsden starts talking, slowly at first, but within five minutes we’re discussing mortality. This is not altogether surprising: his father’s death sparked the release of his spindly, dark-hued songs under the name Mellah, after years of playing in friends’ bands.

“My dad died a few years ago and something changed,” he says. “I’m not really sure what, I suddenly felt an urge. Music got me through that period of grief and I wanted to give back, I lost fear of what anyone thought because I knew I was writing from an honest place.”

Ramsden found that channelling such personal subject matter felt natural, but notes that death is “a big taboo”, even among those close to you.

“It’s an odd thing,” he continues, “It’s seen as morbid, even with my friends I felt like a bit of a leper, everyone would go quiet when I walked into a room.” He found comfort in The Death Café, an organisation that gathers people to meet for tea, cake and open discussion.

“A bunch of people go and talk about death, it’s amazing,” he says. “It’s not talked about and it should be, everyone is going to experience it at some point.”

From his self-built studio in Peckham, South London, the singer crafted a debut EP, Liminality, to make the most honest statement he could.

He worked under the light of a lamp shaped like a clown fish, his favourite of the many trinkets that stuff the 5x4 metre space. “I have a lot of songs and I chose the most personal ones, I don’t mind if people get it or not because I do,” he explains.

As his story unfolds, it’s clear that others do get it. William Arcane, a local musician who also uses the complex of simple, cheap studios Ramsden built, heard the EP and suggested he send it to Lucky Number Music. He did, and they embraced a raw five-song set, committing to press it on wax.

Also based in the studios, a TV editor for Charlie Brooker’s Black Mirror heard what Ramsden was up to and cut the record’s closing track, the slow, spacey Old Friend, to a scene in its latest series.

“That was definitely useful,” the singer says. “It meant I could carry on doing this, which is a good thing.”
With record labels circling and more releases in the pipeline, Mellah looks poised to carry on for some time yet.

Not to mention the big names - PJ Harvey, Tom Waits, Leonard Cohen, Beck - that seem to pepper every article about Ramsden’s music.

“Signing a deal wasn’t my motive to write or record, I never thought about what would happen when I put these songs out,” says Ramsden, who admits Waits is a “big” influence.

“But it’s nice to have people recognise it, it’s an affirmation of what I hoped people would get from it. I’ve been doing it since I was 12 so it’s odd to finally have this interest all at once.”

The culmination of a long gestation, Liminality represents Mellah’s first step. That it’s already beginning to feel like more of a stride is testament to the candour of Ramsden’s homespun songwriting.