On The Radar: Mxmtoon 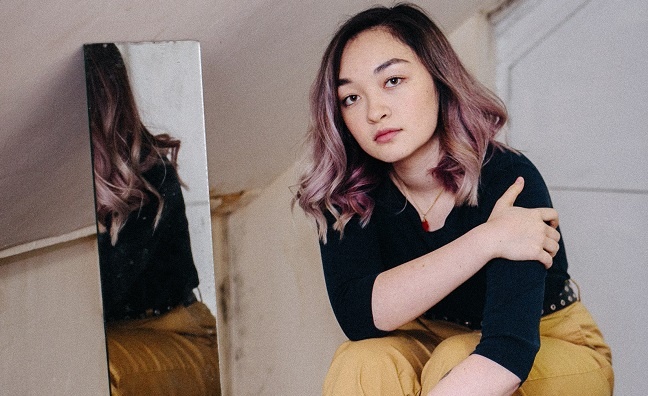 Most of us can only imagine what it might be like to live your formative years with a legion of online followers hanging on your every word. Not Mxmtoon: the Californian bedroom pop artist has been disappearing further into the void since she started uploading videos to YouTube around five years ago. Now 19, Mxmtoon (who goes by Maia and keeps her surname a secret) is blossoming into a recording artist and heads into 2020 touted as a successor to the likes of Billie Eilish and Clairo, smart, relatable and unmistakably modern. Maia’s recordings as Mxmtoon (it’s pronounced em-ex-em-toon) have an unvarnished quality that’s sending indie kids giddy, too. This is what she always wanted.

As a tech-savvy teenage dreamer growing up in the Bay Area, Maia went to high school in San Francisco and spent weekends soaking up Oakland’s liberal, musical vibes. She wanted to be creative and saw YouTube as the place to start. “I can’t remember a moment where I wasn’t around music,” she begins. “I started playing instruments when I was six. Firstly violin, then trumpet in school and then cello, guitar, ukulele and singing. I’ve been learning virtually my whole life, well, since I had a brain that was capable!”

When you write really vulnerable songs, people think that they know you on a level that no one else does

Her parents are teachers, and freaked out somewhat when Maia began uploading uncompromisingly personal songs, letting her vulnerability flow over plinking ukulele. Suddenly, she had thousands of followers (she currently has more than a million across YouTube, Instagram and Twitter, plus almost 4m monthly Spotify listeners), who would send messages detailing their own teenage tribulations. Maia used to respond to every one, but things quickly spiralled. “I got to a point where it was too overwhelming,” she says. “When you write really vulnerable songs, people think that they know you on a level that no one else does. I understand where that comes from, but it’s funny, I mean, at the end of the day, I’m still a stranger on the internet.”

That may be, but Maia’s rapidly growing musical career – she released debut set The Masquerade in both full band and acoustic versions late in 2019 – is only cementing that identity. She’s still getting used to the idea. “I never thought of music as a possibility, the music industry felt like this really big monster,” she says. “It’s really big and kind of scary. It’s definitely daunting as a young woman to venture into an industry that’s run by men and people that have been doing it for a really long time. But at the same time it’s really exciting because, right now, it’s being totally turned on its head and young artists are forming new ways to create their stories. There are no set rules.”

Now her first tour is done (queues were long, and many fans brought their parents) Mxmtoon’s story will continue into 2020 with more music. Maia has been gorging on R&B and classical, and says her fresh material will “focus more on my relationship with the world instead of internal struggles”.

“It’s interesting to be in a space where there’s a lot of people watching you grow up,” she finishes. “I’m still learning and I’m excited to find out what’s even possible…”