On The Radar: Nilüfer Yanya 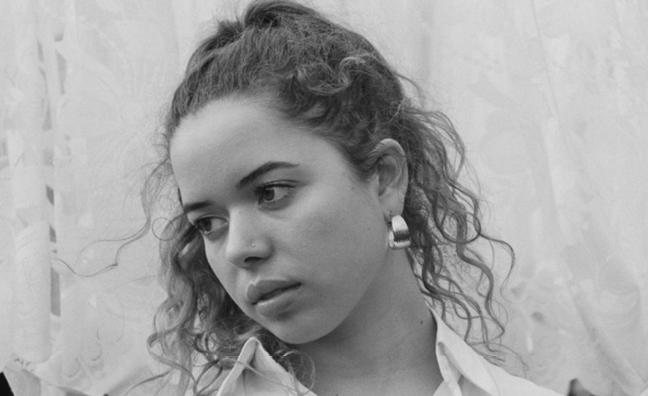 Nilüfer Yanya’s voice is engulfed in the blare of passing sirens. The 22-year-old singer is at home in West London when Music Week drops by, and the soundtrack is fitting – the capital city seeps from her songs just as it did from early material by Adele, Jamie T and King Krule. Loose, jazzy and low, the BBC Sound Of 2018 nominee’s music is unbothered and unpredictable, her guitar style a product of solo experimentation and lessons from The Invisible’s Dave Okumu. Yanya’s 2016 EP Small Crimes (from which Keep On Calling has amassed almost three million Spotify streams) and her subsequent singles paint a picture of an artist who does exactly as she pleases. And, with recent track Thanks 4 Nothing increasing anticipation ahead of her debut album, she’ll continue to do so.

“The guitars are angrier now. I’m not angrier, but there’s more expression,” she says slowly, before the first of many long pauses. “Releasing music once you’ve already done it is weird, you’re trying to rebel against what people are saying [about you]. It’s really important not to listen, it’s your music at the end of the day, so who cares? I don’t want to be this genre or that genre, or to be put in a niche.”

Even the music business might struggle to find a pigeonhole for Nilüfer Yanya. Raised by parents with Turkish, Irish and Bajan heritage in West London, she grew up on Nina Simone, Amy Winehouse and the Pixies, before turning to The Strokes and The Libertines. Yanya is hardened by London’s unforgiving open mic circuit, and shrugs off the industry’s embrace. “The industry is just people. My team is small and I don’t think it’s going to suddenly expand,” she says. “It still feels like I’m going out, playing and no one’s really listening, I kind of like that. It doesn’t feel like much has changed, you can’t expect to hold everyone’s attention constantly.”

Indeed, Yanya is still acclimatising to any attention at all: “Before it was just me, now it’s me in terms of music and then me as well. It’s hard to know where one starts and ends.” Artists In Transit, Yanya’s outreach project with refugees in Athens, is part of the equation too, and she doesn’t want its message affected by her increasing profile. “It’s important to help people and give back as much as you think you can. I would be doing this anyway, and I can’t really say, ‘I can’t talk about it’. I should definitely push it if I can with music.” Yanya’s journey promises much intrigue, not that she’s given it much thought. “Music is my dream and I’m really excited,” she concludes. “But you think, ‘What do I want to get to now?’ When you’re young, you don’t really think past the point of leaving school…” Point made, her voice is lost to the sirens once again.