On The Radar: Not3s 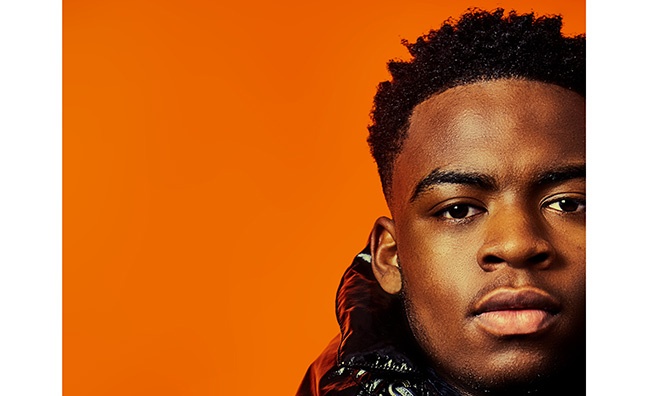 Not3s, the East London rapper who rocketed into public consciousness due to a viral single called Addison Lee, is in a taxi. Well, where else would you expect to find him? Music Week joins him en route to the airport to fly to Sweden for a gig, the morning after he appeared onstage at London’s Roundhouse to giddily accept his Best Breakthrough trophy at GRM Daily’s Rated Awards. “It was a very late night,” he begins sleepily, before reassuring his manager that, yes, he has got his passport. Having just completed his first UK tour, and with the release of his super-chilled debut Take Not3s EP and the MOBO Awards (he’s nominated for Best Newcomer and Best Song) to come in November, Not3s is red hot.

“It’s special, a great feeling to win [the award] last night,” he says, livening up a little. “I didn’t think this would happen, I didn’t plan it, it’s sick being alongside amazing artists, awards are like a portfolio, it allows people to take us more seriously. This is a proper job.” Music is very much a full-time concern for Not3s, whose name is derived from three meanings of the word ‘notes’: musical note, money and taking notice. But you wouldn’t necessarily know it from hearing him talk business.

“I don’t really have a mad plan of how me and my team do things,” he explains. “There’s literally no structure in this, it’s just fun and hard work. There’s no blueprint, no major layout we’ve got in some secret laboratory where we have our meetings, it’s literally just fun.”

I don’t really have a mad plan of how me and my team do things. There’s literally no structure in this, it’s just fun and hard work

He’s animated now, more so when talk turns to the EP, which swings with African influences, R&B and dancehall and features Tinie Tempah, Shakka and MoStack. “I want it to be a print on paper, a stamp to say, ‘Not3s was here, listen to what he’s created’!” he says, laughing. “I want to make lifetime music, not something that’s going to live a day. I want people to know that what I can create will be something that stays popular.”

Its six tracks are accessible enough to follow Addison Lee and Aladdin – which have 26 million Spotify plays between them – as big, popping records that demand repeat plays. Relentless Records, who signed Not3s to release Addison Lee and the EP, will likely be pleased, but their artist isn’t ready to hang his hat permanently quite yet.

“I don’t feel ready to sign at the moment, I just want to learn and experience until I’m ready to build something of my own,” he says. Really though, Not3s has begun building for some time, as he smirks before hanging up: “When I was in school, I’d say to my friends, ‘Watch when I make it…’”