On The Radar: Nubya Garcia 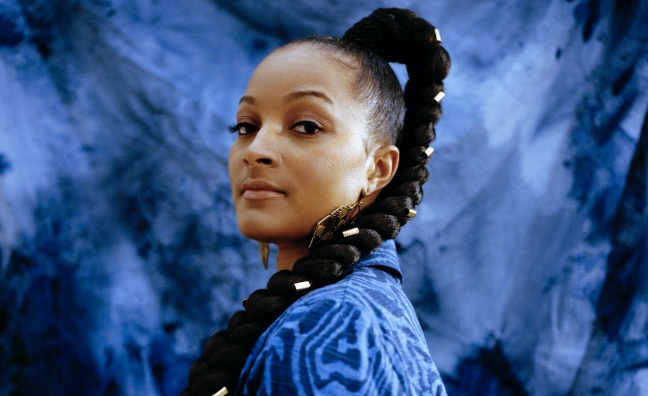 Nubya Garcia is buzzing. Talking to Music Week in the days before the release of her debut album, Source, the saxophonist and composer describes a feeling of surging anticipation.

“I’m feeling charged,” begins Garcia, who was born and raised in Camden Town, North London. “It’s quite a weird one, in a good way. I’m really excited, it’s been so long and now the record is actually, finally here.”

Garcia’s debut has just arrived, but her position at the core of the UK’s sprawling jazz scene was cemented long ago, thanks to a weighty and varied catalogue of solo and collaborative work that features two highly sought after EPs and an album as part of the all-female collective Nérija. Garcia is a regular DJ for NTS and recently covered for Gilles Peterson on BBC Radio 6 Music. She also played her searching single, Pace, for BBC television at an empty Glastonbury in June.

Sweat, soul and fire are cornerstones of everything Garcia has done, but Source, which explores reggae, Colombian cumbia, calypso and beyond, is the fullest realisation of her power to date. At its heart, the album is a journey towards what makes the 29-year-old who she is, a sonic and historical investigation of her family’s roots in Guyana and Trinidad.

“It’s a definite ode to musical history, the music I love, where I’m from and exploring a sense of what makes you feel at home when you’re not at home,” Garcia explains. “It gave me a feeling of finding things out.”

Now it’s out, Garcia is happy that she’s “come full circle” and grateful for the fuller picture of her life she now has.

“It’s a real, correct picture of my family history rather than, ‘Oh, this person used to live in Trinidad, but then they moved to the UK,’” she says. “That just isn’t enough. My dad telling me that my grandad had 7”s around the house and me asking if I could have them, all that stuff makes me feel a lot closer to where I’ve come from. I wasn’t born there, so it’s a weird, displaced thing, even though I’m a Londoner through and through, I’m also black British and Caribbean. The album was a journey to a bigger picture.”

Garcia made some of the album in Colombia, working with backing band La Perla. They pitched up in the studio and hit record, before Garcia condensed the results down with co-producer Kwes.

“It was like, ‘I really want to share this, so how do I explain what it’s about?’” she says. “With instrumental music, it’s building a narrative that maybe no one will ever know, but I’ll know it. Having vocal guests was an opportunity to communicate in a more specific way what I was thinking about and and feeling. I felt really happy to finish and have the full story.”

Source adds extra flavour and depth to what is an already absorbing tale, and the future promises to be fascinating, too. Garcia’s mind is whirring as she considers the possibilities ahead. This year has ravaged the live scene her music thrives in, but she’s positive.

“Oh my God, I’m missing it so much,” she admits. “We’re going to have to think of other ways to bring income in, it’s a lesson in not relying on touring to provide finances for your life. I don’t agree with what [Spotify’s] Daniel Ek said about artists releasing more music because it’s not good enough to just release every three or four years, but we do need to figure out what to do. It’s going to be interesting watching the industry claw back to where it was.”

Garcia senses opportunity for her fellow musicians, and her robust opinions mirror her music. “Maybe things will have to change in terms of people paying artists to do other things,” she says. “Quite a lot of the music industry doesn’t pay you for loads of things that people wouldn’t know about, so it will have to be reworked and musicians, creators and industry officials are going to have to think about shit... A lot.”

Garcia’s mind is more active than most, and she stands as a beacon of hope. “There’s doom everywhere, but there’s a lot of goodness,” she concludes. “To me, it’s always going to be just about the music and this album feels like a very complete snapshot. It’s something I’ve created to sound a certain way and that is the sound of me.”