On The Radar: Pa Salieu 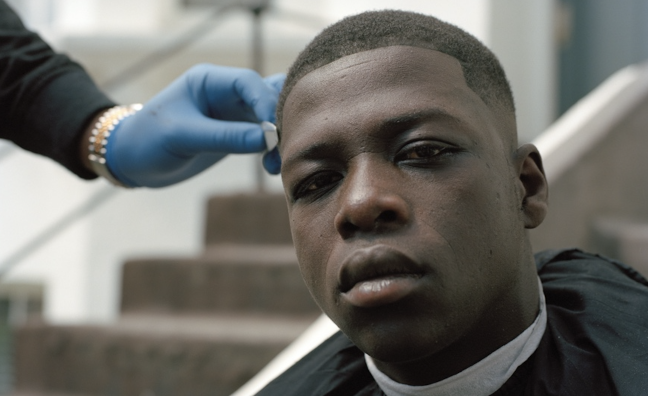 “You know how Batman went into the cave and came out a superhero? That’s what I’m saying, this is some spiritual shit...”

Pa Salieu is casting around his memory trying to make sense of the path that led him to the position he’s in today, a major label rapper being touted as one of the brightest new talents around. The 22-year-old grew up on the Hillfields estate in Coventry, which he immortalised in Frontline, last year’s rough, bassy breakout track that introduced his propulsive, versatile sound.

“No one really helped to be honest,” he says, explaining that it wasn’t until he met a local producer called Jam that he began to hone his craft. “His studio was about 15 or 20 minutes walk from my house, on the other side of Hillfields. After three months of going there, the council moved my family. Guess where? Right next to the fucking studio, what the hell?! This was for six months, and I went every single day. I was missing from the block, missing from the strip, missing from the frontline.”

Pa Salieu has been missing ever since, lost in music. His mental health was suffering after the loss of his grandparents – who he lived with surrounded by farmland and animals in Gambia as a young child – and his best friend AP, who was murdered in 2017. The studio offered escape. Inspired by his aunt’s music back home [Pa sends a family video of her singing after our conversation] he began to make his own.

“I’m very trapped in my own head, so I write everything I feel on my phone. I used to write it on my sister’s iPad,” he says. “It didn’t start with music, I’d call it spoken word.” Pa would record himself freestyling and upload videos to Instagram, but Jam’s studio offered a clearer path towards exposure. Around the end of last year, Frontline had lift off, and its melodic feel led to comparisons with J Hus, which were fuelled by their shared Gambian heritage. But Pa isn’t wasting his energy thinking about any of that. For him, music is about a higher power and talking about it clearly excites him. His sentences rise and fall, full of expression, and he’s frequently overcome by his own enthusiasm, stopping and apologising for “being weird”.

“When I hear a beat, I hear my exact flow in my head, it’s hard to explain it, you’ll think I’m hearing voices or something. Music means something different to me, it’s spiritual and I’m researching it. I’m interested in strategy, how marketing works, not numbers. They say an artist is always two years ahead, I want to be four years ahead,” he explains.

“I go off somewhere else when I record. I lose it and I want to find out why. I love [the word] different, I’m different. I’ve seen everything, my life’s been mumbo jumbo. I’m gonna embrace that and see where it takes me, see who it helps.”

They say an artist is always two years ahead, I want to be four years ahead

Earlier this year, on Hit The Block alongside London rapper SL, Pa rapped about a drive-by shooting that saw bullets connect with the back of his head. “I want to be the voice of people who can’t be heard,” he says. “I was at a crossroads, I got shot in the head but I was trying to change before that, so if I’d died, at least I was trying to change.”

Now, he’s thankful that the refuge of music has taken centre stage. Pa is staying in West London during lockdown, doing sessions with producers via Zoom and teaching himself to record. He’s working on a mixtape that he hopes will come with an exhibition of his artwork, which he delightedly tells us is inspired by “subliminal messages and Picasso”.

Our conversation zig-zags through a long, passionate segment on how Pa wants to give back to Gambia by building colleges and starting record labels, before circling back to his fast-moving musical story. He’s just released Betty/Bang Out, a double A-side that shows a more lyrical side to his sound, and he can’t wait for more.

“I’m trying to find another genre, this is fun to me,” he says. “An element is missing in this music industry and I’m going to find it. I’m here for a reason...”