On The Radar: Pip Blom 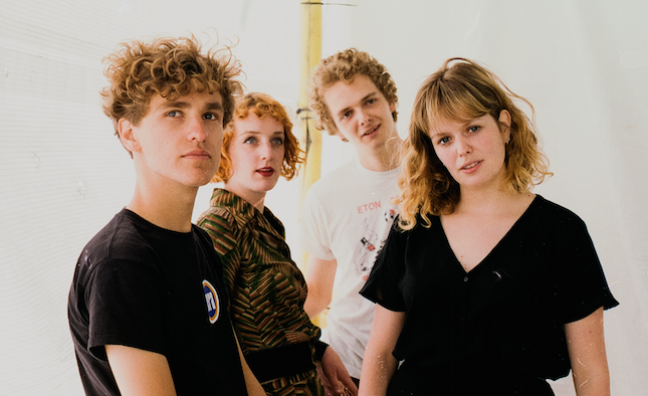 We find Pip Blom in a twilight hinterland, hours after returning from a show at Best Kept Secret festival in the Dutch village of Hilvarenbeek. The 21-year-old is about to go on holiday, and some time to process what’s happening with the band she formed in order to play her homespun punk songs live will be more than welcome. “It’s quite a weird time at the moment,” she begins. “To be honest, it’s still difficult to comprehend. I mean, it all feels so surreal, like it could be over in a heartbeat. So I try to enjoy it as much as I can.”

As a lonely, music-obsessed kid in Amsterdam, Pip dreamed of one day appearing in the Eurovision Song Contest, but her achievements since surely surpass that ambition, particularly in the indie world she inhabits. Placement on Spotify playlists for early tracks including Hours and Truth sparked a surge in interest, and Pip Blom now boasts more than a million total plays on the platform. This summer, the band (completed by Pip’s brother Tender on guitar, bassist Casper van der Lans and drummer Gini Cameron) are on the road with The Breeders, which must be strange for someone who used to have Cannonball as her ringtone… “I haven’t told them that!” Pip says. “I did show them my very old Breeders T-shirt though, so I think they know I like them."

Although she admits “guitar music probably isn’t the biggest genre at the moment”, the singer acknowledges Spotify’s role in promoting it, too. “A lot of people discover our music [that way]. Without streaming, we would never have an international audience like this. It’s really cool.”

All the same, it’s easy to imagine that Pip’s scratchy riffs, simple, evocative lyrics and crashing choruses would have found a way through anyway. These are songs indebted equally to Stephen Malkmus and Damon Albarn; School and latest single Pussycat are particularly instantaneous examples of Pip’s knack for rolling, high-energy guitars.

“I’m just not a great musician!” Pip says, breaking into laughter as she seeks to unpick her style. “It’s all quite simple because I don’t really know any other way to make songs. I’m a fan of simple songs, so I don’t really feel the need to make them more difficult.”

That said, she promises a change in tack for the upcoming Paycheck EP and subsequent debut album. “I think we can show people a different side to us, it’s really important to try to do new stuff all the time. I’ve just finished recording demos at home, so now we’ve got to go into the rehearsal space and make the songs come to life. I want it to be a banger of an album, so we need to take our time.”

Best watch this space, then...