On The Radar: Pip Millett 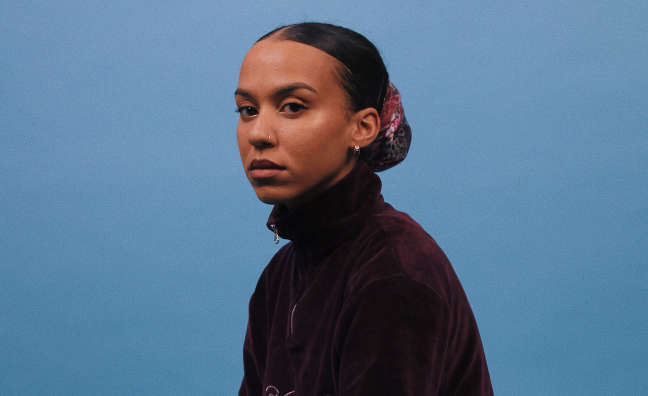 Lockdown has been really strange,” begins Pip Millett, reflecting on a turbulent period. “It’s good that everything feels crazy, because we’re addressing something that needs to be [changed] and it should have been a long time ago.”

The 22-year-old neo-soul singer is calling Music Week from her recently redecorated childhood bedroom, having relocated back to Manchester from London. The move home has left her in a state of reflection, and with the growing power of the Black Lives Matter movement, she’s been thinking back to her own experiences of racism growing up in the “very white area” of Stockport. Her mum is from the Wirral while her dad, who passed away a few years ago, was from Jamaica.

“It’s strange to think back to times when I felt uncomfortable and didn’t really know why,” she says. “It’s weird but, being mixed race, I guess I don’t feel the full brunt of it. I want to be able to be even louder than maybe some black people might feel like they can be, because we’re rocking the boat right now.”

Through frequent posting on social media Millett is doing just that, but now she’s calling for real change. While she hasn’t felt discrimination in the industry so far, the issue does throw up several questions. “I don’t want to feel too white for a black audience or too black for a white audience,” she says. “I’m kind of in-between.”

There needs to be more money put into black artists

While such feelings could be disheartening for a young artist, Millett is focused on the bigger picture, calling for more black talent to be celebrated. “There’s a lot of white people doing soul and R&B that get pushed a lot, but there definitely needs to be more of a push for those that are black, as it’s where this music actually came from,” she says. “There needs to be more money put into black artists.”

In 2019, Millett released her debut Do Well EP and, into the early storm of lockdown, came follow-up Lost In June. Its uplifting sound has been something of a remedy to her fans, but Millett is as humble as can be. “I’m very grateful,” she smiles. “But it may have got even more attention because people were on their phones bored to shit!”

The project spawned from a university assignment to create a concept album (“My concept is my life, what else is there?”) and so featured narration from her family about their lives. The result is a masterful blend of soulful ballads and tantalising R&B, a beautifully candid statement on youth, family and love. It’s a lush, stylish peek into Millett’s musical life, which began as a solitary project with her bass guitar aged 13. Brought up on Joni Mitchell, Bobby Womack and Lauryn Hill CDs in her parents’ car, she says her family has influenced her sound exponentially.

“My mum would have my auntie and uncle round and get me to do the music,” she remembers. “She’d tell me certain things to put on and then I’d click on the YouTube links and I found more of my style that way. Friday night would be the parents drinking and me just playing tunes from a desktop computer! [Laughs]”

Millett’s way with raw emotion has helped sell out her two headline gigs so far. “They sang along to all the songs and I was like, ‘What the fuck?’ That was cool, a real emotional point,” she says.

With touring on ice for now, Millett is dreaming about the future and working on new music. “There’s a lot to think about, which means there’s a lot to write about,” she says. “I’m figuring out how I’m feeling and where I want to be after this...”