On the Radar: Ramz 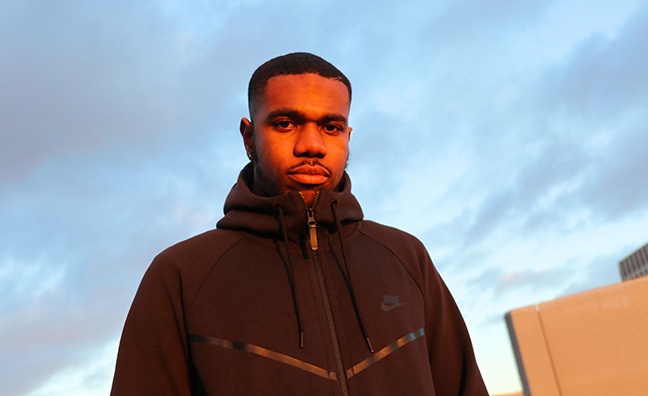 Ramz. Remember the name? If not, the chances are you soon will: right now, the 20-year-old South London rapper is everywhere. The year is barely a month old, but Ramz is selling debut single Barking by the bucketload and, at the time of writing, is behind only Drake in the singles chart.

Debuted by GRM Daily in September, the video has 15 million views. Add in 13m Spotify plays (and almost 2m monthly listeners) and 157,528 total sales and you’ve got the makings of a monster. Its unhurried melody has the immediacy of J Hus’ Did You See, and Ramz (real name Ramone Rochester) packs his boyish bars with killer lines. As he tells Music Week between radio promo slots, “It might sound a little biased, but a lot of people now know about the song through radio and social media. It’s one that can’t be ignored.”

Polydor, who offered a deal when the video hit 1m views, are working hard, and quickly hooked Ramz up with Raye for a remix of her Decline single. But how did Barking, a song written at university about traversing London for a date, get here? “If I’m honest, when I made the freestyle into a track, I never knew it was going to be the hit it’s become,” Ramz says. “It still has that flame it had when it was first released, people want to go back and look at the video or stream it every day. It’s a blessing. I feel it can get to No.1, yeah.”

Ramz, who until a few months ago was working in Sainsbury’s having put his Sports Management degree on hold, is settling fast, making eloquent points about industry, commitment and ambition. “When Polydor emailed, my two friends and I said, ‘We shouldn’t be forced by anyone to do something we don’t want to do.’ The best thing was to sign a song to get a lot of exposure.” Those friends serve as his managers, having taken on the role after chatting with close friend and fellow South London boy Dave and his team. Stormzy is also a confirmed fan, turned onto Ramz by his videographer Kaylum, who also directed Barking.

“I’ve been around the scene. I was in Dave’s video for Wanna Know and I saw how it all worked and I was comfortable,” says Ramz, who is planning further features and singles this year. “I’ll release whatever I’m feeling,” he says. “When you’re working with the buzz, you’ve got to keep releasing good music and planning. If I make sure I stay in the picture I should have a good year.” It’s his for the taking…