On the radar: Rosalia 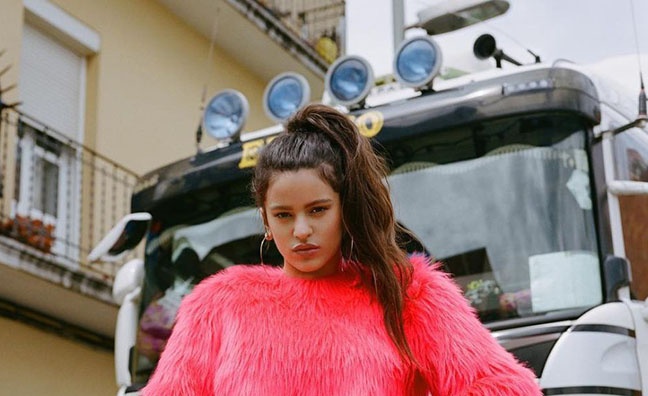 About 25 miles east of Barcelona, between a Seat car factory and a sprawling golf club, lies the town of Sant Esteve Sesrovires. Back in the noughties, Rosalía Vila Tobella mooched about its streets after school, hanging out with older kids who’d blast flamenco from their car stereos. “I remember perfectly, I was 13 and I discovered [1970s star] Camarón De La Isla,” says the singer, taking a break from studio time in Barcelona. “I don’t know how to explain… It pierced my chest, blew my mind, the way he expressed himself, his voice was so animal, visceral. I was surprised someone could express emotion with so much truth.” Rosalía has been investigating the genre ever since. Her quest led her to Barcelona, where singing teacher José Miguel Vizcaya supported her application to study flamenco at the Catalonia College Of Music, which admits only one student every year.

“It’s my passion,” she says simply. “My teacher was very patient because I started from the bottom. I had no technique and I didn’t know anything about the rhythms or melodies, it’s very difficult, I feel I will be 70 and still be learning. The rhythms and chords are so special.” Now 25, Rosalía is amassing a very special catalogue indeed. In 2017, she released Los Ángeles independently, before signing to Sony this year for second album El Mal Querer.

The title roughly translates as ‘bad loving’ and its 11 songs tell the story of a relationship gone rotten. Her sound respects flamenco tradition, weaving in modern gloss. The songs come with an epic aesthetic too: see the bloodstained Pienso En Tu Mirá video (24 million views) for proof. “While I was making El Mal Querer I felt it had emotion,” she says, adding that the buzz around the record “confirms my intuition that the songs could move people, it’s connecting more than I expected.”

And then some: last month, the LP’s dark-hearted lead track Malamente scooped two awards at the Latin Grammys in Las Vegas, where Rosalía delivered a seismic performance, flanked by dancers. Rosalía’s music thrills because it exists on the edge, made with, she says, “mala hostia” or ‘bad temper’. Her favourite gig yet was at Casa Patas in Madrid: “I wasn’t controlling what I was doing, my body or my voice, I was guided by something else, something on top of me.” The singer strives for such feelings. She has an avid fan in Spanish film legend Pedro Almodóvar – who has cast her alongside Penelope Cruz in next year’s Dolor Y Gloria – but music will always be No.1. “I would never like to get comfortable making music, I love the feeling that I am pushing and taking risks,” she says, as a breathless conversation winds down. “It’s not about beauty, it’s about truth, trying to find truth in the way I sing and compose. It’s magic to me.”