On The Radar: Salute 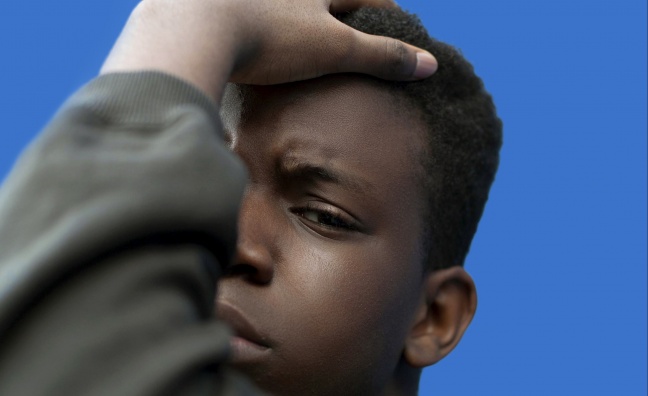 At just 20 years old, Austrian producer Salute – aka Felix Nyajo – is a bundle of frenetic musical energy. His form of electronica has already found fans in Flume, Rustie and Caribou, and his Gold Rush EP has won praise from the likes of Huw Stephens and Phil Taggart – but is not easy to pin down.

Describing his live band, Nyajo tells Music Week: “We’ve got a drummer, a bassist and someone on keys. It’s pretty much like a band experience but very electronic. We wanted to bridge the gap between something that looks very acoustic but sounds very synthetic.”

Latest single One More Chance is equally multi-faceted, flitting between jazz and warm gospel tones (provided by vocalist D.R.A.M.), with a thumping baseline, vocal distortion and classical elements. Nyajo’s influences certainly run the gamut, as the young producer explains how he used to listen to music from video games like Pokémon on the way to school or alone in his room, and how music trips to classical concerts whilst at school in Vienna informed the majestic scale of his music.

“Watching orchestras performing those pieces is so impressive to watch,” he says. “It left a huge mark on me. I think that’s why I have always wanted to make my music sound as grand as that, and using orchestral samples is a good way to make music sound big.”

Nyajo took a similarly open-minded approach to his initial dealings with his label, 37 Adventures. He describes how they found him online and simply got in touch. “I wasn’t even after a record deal, but they came to us and it was all perfect. It just made a lot of sense.”

The lack of physical meetings didn’t faze him, as he concedes that it “underlines how most things are based on the internet nowadays”.

Despite this calm attitude towards the artist-label relationship, and his fluid approach to genre, Nyajo is surprisingly hard on himself. Latest offering My Heart out next month, is described as a mini-album, comprised of seven tracks.

“We don’t want to market it as an album, because if I make an album it is going to be longer and feel more like an album than this does,” Nyajo says. “When I listen to it, I know myself that it is not an album.”

However, the producer has plenty of surplus pieces – 10 more tracks could potentially have been on the record, he admits. Discussing his favourite album, Glass Swords by Scottish producer Rustie, he notes: ‘I have always said that if I cannot write an album as good as Rustie’s, I’m not going to do it. I am a perfectionist – I don’t like putting out mediocre stuff.”

This approach might seem extreme – Nyajo goes on to describe getting sick after finishing My Heart because of residual stress. But he describes this as his “cherry-picking” approach to songwriting and views it as an incremental part of the creative process, though he promises that a full album will be out next year.

The young artist seems very aware of the importance of evolution, emphasising the “different stages of development” that each musician goes through, and stating that, until recently, he “didn’t feel like [he] was ready for [an album] at all”.

Nyajo seems happy to take success in small steps. Despite his drive for musical perfection, he jokes: ‘I’m excited - I have no idea what it’s going to sound like yet!”