On The Radar: Sam Fischer 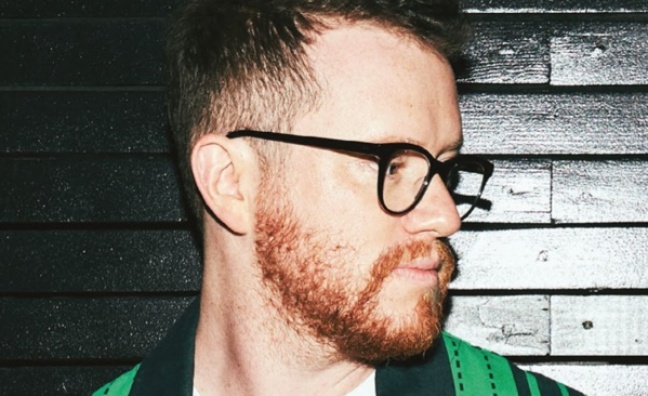 Sam Fischer is radiating happiness. Although the songwriter’s TikTok storming single, This City, might dwell at the bluer end of the emotional spectrum, in person the songwriter is so happy he is even sporting a smiley-emblazoned jacket when he connects with Music Week from his apartment in LA.

The grin quickly becomes his own as he starts to reflect on his earliest musical memories. The Australian-born artist recalls watching violinist Queenie live aged around three, which, precociously, spurred him on to learn both the violin and saxophone, although it wasn’t until his first performance to 1,200 students as part of his school’s big band that Fischer thought: “If I can do this, I can do anything!”

Setting his sights on music, Fischer graduated from Berklee College Of Music, then picked up sticks and headed to LA. Starting out as a delivery boy, things seemed to be looking up when Fischer scored an early record deal. However, despite writing a catalogue of nearly 200 songs, the label dropped him without a release to his name. Now, Fischer wears that setback as a badge of honour. “I learnt that I am stronger than I thought,” he explains. “I persevered through times where I look back on now and go ‘How did I get through that?’”

In fact it was the “tough times” that were his making, as Fischer poured his frustration into music. A raw, melancholic yet heartfelt ode to his most trying years, This City duly became Fischer’s first Top 20 hit. “When I first wrote the song, two important people on my team said, ‘It’s pretty’ and ‘Nice one, but I don’t think it’s special’,” he notes.

Now with over 1.5 million TikTok videos and 190 million Spotify streams, the track has travelled to other cities across the world. “Before the song was even out, I was playing it and people would come back to my shows and know all the lyrics,” says a surprised Fischer. “I said, ‘OK maybe I should just write about my life’. I’m just a regular person having an extraordinary experience. I think people can relate to human emotions. I’m just the person screaming out the whispers we all tell ourselves.”

If it’s his unfiltered honesty that’s garnered him millions of listeners, then his new project Homework exploring themes of self-acceptance and relationships is sure to appeal further. Written over the past four years, the project sat as demos while Fischer was on his worldwide radio tour. Then the pandemic happened.

“Life was crazy, at the start of this year I was living my dream,” he grins. “But it gave me a chance to come up with the concept. If home is where the heart is, then I still have some work to do on myself. I’m working on it, I’m in therapy, mental health is extremely important. If I can [I’ll] be a beacon to give my fans a safe place to feel their feelings.”

Direct and open, Fischer’s pop ballads have scored him a tour with Lewis Capaldi and song credits for the likes of Jessie J, Max and Ciara. Though it was Keith Urban cutting his song Polaroid which truly impressed Fischer’s most important audience, his mother. “It was kind of a mark when my mum thought, ‘Oh you’re really doing something!’” he admits.

As the chaos of 2020’s own reality looks set to ramp up for a second season, Fischer admits he is dreaming of a future when he can head back out on the road and finally meet his new fans. Not that he hasn’t made some of his other dreams come true already in the studio. “There is new music, it’s going to be sick,” he teases of his next project. “It’s all been virtual, but I’ve worked with some of my heroes.” Now that is a reason to smile.