On The Radar: Shame 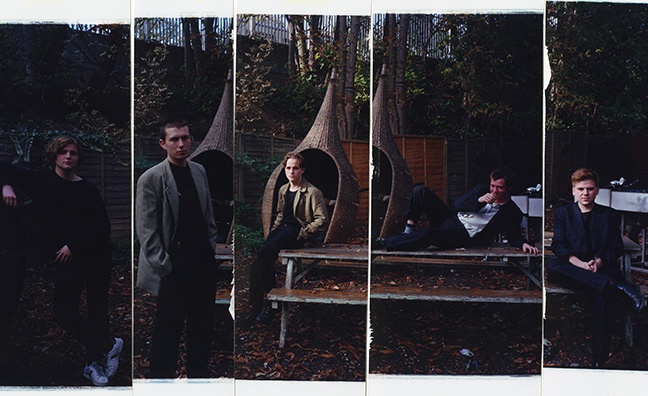 None of our mates like our music, they’d come to our gigs out of sympathy, then stand outside smoking and not watch us.” His reflections on his band’s story so far are hardly rose-tinted, but Shame singer Charlie Steen is just being honest. We find him in the south of France, preparing to play This Is Not A Love Song festival in Nîmes. The 30-degree heat mirrors that around this ragged punk five-piece from South London. Shame - completed by guitarists Sean Coyle-Smith and Eddie Green, bassist Josh Finerty and drummer Charlie Forbes - have just signed to Dead Oceans and announced their biggest tour yet.

It’s the end of two years of graft and incessant, incendiary gigging, a process that started upstairs at The Queens Head in Brixton, the once-scuzzy boozer that birthed The Fat White Family and has since been turned into a soulless gastro pub.“We practised there for free in the summer after our AS Levels. We had no instruments and nothing better to do, but it grew fast into something passionate,” says Steen. “The basis was us being a live band, but there’s a lot to write about at our age, especially now.”

The 19-year-old is very much a part of a generation mobilised by Labour leader Jeremy Corbyn. “It’s a step forward,” he says, speaking the morning after Labour outstripped expectations in the General Election. “An insane amount of young voters turned out, it shows how engaged our generation has been.” As well as those live shows - one of which yielded the “classic” memory of putting Ministry Of Sound on the guestlist for their Chimney Shitters night - the band gained traction thanks to Visa Vulture, a grotesque, languid ditty that questions Theresa May’s “moral conscience”.

They’ve now completed work on their debut album - recorded at Rockfield Studios, it’s due next year. “I’m interested to see how we move forward,” says Steen. “It’s about working hard and writing a lot, we don’t want to get too comfortable and churn out any old thing.” His comments suggest a decent work ethic, but that didn’t convince one Tony Visconti, who judged a competition the band took part at Reeperbahn festival 2016. “He doesn’t like us, he said he’d seen it all before,” the singer remembers. “But I don’t think we give a shit about Tony Visconti.”

But Shame do have a patron in Billy Bragg, who invited the band to play his Leftfield Stage at Glastonbury after seeing Steen railing against the lack of female acts at Reading & Leeds this year on Facebook. “It’s the biggest deal, it’s what we’re most focused on,” he says, before recounting hazy memories of last year’s maiden Pilton trip. “We wanted to play, so we broke in. It was a fucking nightmare, but Glastonbury’s great. One gig broke us then, so I don’t know what’ll happen this time…” Looking beyond Worthy Farm, Shame are out to stamp their DMs wherever possible. “The point of music is to address every issue, write about what interests you,” Steen concludes. “We want a reaction from people.”