On The Radar: Sigrid 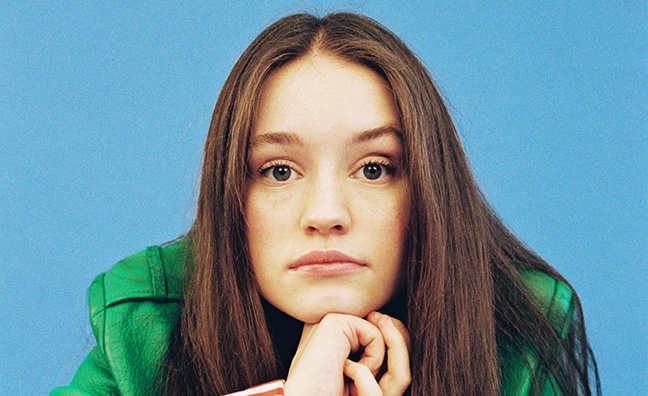 Tracking Sigrid down is not easy. In the few weeks since she released debut single Don’t Kill My Vibe, the 20-year-old Norwegian singer has been on a spin cycle through travel, shows and promo, and her emoji-peppered Twitter feed shows just how excited she is. When Music Week catches up with her, she’s en route to Texas to bring her neon pop roadshow to South By Southwest in Austin.

Sigrid’s answers bring her world to life in much the same way Don’t Kill My Vibe does, a bold, colourful three minutes suggestive of personality and bite, and backed with those warped electronic half-voices symptomatic of inventive modern pop production. It didn’t take long for the first Lorde comparison to be made. The track was written in frustration after a writing session, and Sigrid says writing about past experiences means that some of the same attitude creeps into her forthcoming EP. However, she acknowledges, “There’s definitely some vulnerability in there as well”.

A trawl through old videos of her strumming through acoustic tunes on YouTube backs that up. Watching those clips, the knowledge that she grew up, surrounded by water and mountains in the tiny town of Ålesund, listening to Joni Mitchell and Neil Young, also makes sense. “Ålesund has been, and still is, extremely important to me,” she says. “It will always be my home. I miss the mountains, the fjords, the everlasting rain, the islands, the sea air and those crazy hurricanes we get right before Christmas.”

The quieter, sparser moments of Sigrid’s EP are evocative of that remoteness, and the pop side comes from western culture being ever-present during her childhood. “I’ve had American and British culture as part of my life since kindergarten,” she says. “We start learning English in school at seven, which I think is so important. I also had American and British politics and history as a subject in high school, and absolutely loved it.”

This fixation fed Sigrid’s appetite for pop music (“the genre that gets me like no other does”) and led to her first forays into songwriting as a teenager in school. Her second song was playlisted on Norwegian national radio, prompting her to relocate to the buzzier, bigger Bergen, where her brother is also a musician. “My brother showed me the cool places to go, and I met my management company, Made. They have a great studio where I work with some great producers and songwriters, so Bergen is definitely a great influence for me,” she says.

Crucially, it led to a deal with Island, hype that saw the industry descend on her recent set at By:Larm and an already sold out UK headline debut in May. “The London show is on May 17, which is Norway’s national day,” she says. “And my mum and dad are coming over, it’ll definitely be special.” It’s likely to be the same for everyone else who manages to get in too. Before she leaves us, Sigrid has a preview of her mix of fragility and pop bombast to chew on while you wait: “The Sigrid live experience? It’s a workout…”