On The Radar: Snail Mail 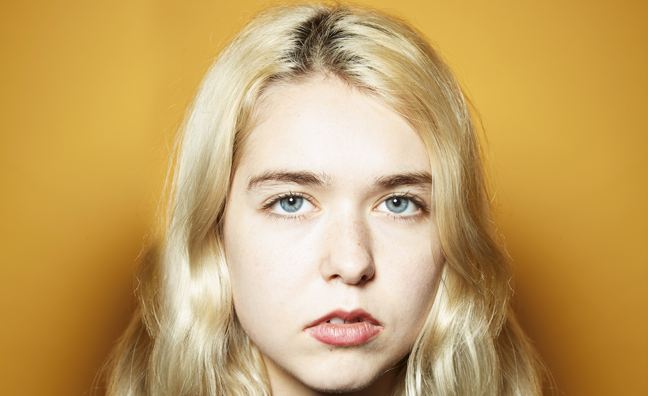 "It’s a crunchy, bright, screaming sound…” Lindsey Jordan is describing her current favourite noise to summon from a guitar, specifically, the lead line on Heat Wave, a searing documentation of a relationship that features on Lush, her debut album as Snail Mail. “It’s a disorientating sound that I really like. We tried to emulate it on the record as much as possible, but found that its uniquely obnoxious quality is best in small doses,” she says. Together with producer Jake Aron, who has worked with Solange and was chosen for his pop understanding, and engineer Jonathan Schenke (Parquet Courts, The Men), Jordan pored obsessively over each second of Lush. Every riff, coruscating guitar line and drum fill has its place, with Jordan’s vocals – noxious one minute, sweet, loved up or vulnerable the next – telling vivid stories over the top.

Jordan confides that she spends “a lot of time” on lyrics to make them “as genuine and honest” as possible. “I’m a gigantic critic of myself during the writing process, nothing comes together easily.” In order to affect the mood of the record, Jordan would even sing certain songs in slippers and a dressing gown, or do press-ups in the studio. Due on Matador in June, Lush is an indie-rock record powered by its 18-year-old creator’s life experiences, personality and muscular guitar sound. It’s the culmination of 13 years of playing, from childhood classical training, through to high school musicals in Jordan’s Baltimore hometown of Ellicott City and lessons from indie virtuoso Mary Timony. In short, it’s a big deal.

“Lush exists as its own entity with its own writing process that differs from [2016 debut EP] Habit in almost every way possible,” Jordan explains. “I wrote it over a year-and-a-half, and every song has specific and deep meaning. Habit was written when I was 15 as a diary entry practically, while Lush is something I made with time, resources and a distinct idea as to how I wanted it to feel.” Jordan is keen for the world to swallow it whole. “I’m excited for people to have the entire narrative because I want it to be heard cover to cover. No one has the full scope yet,” she says. “It explores multiple styles, techniques, topics and vibes that there is no way to grasp by only listening to singles.”

Snail Mail’s four-piece live incarnation is hitting the road hard in support of Lush, with their van due in the UK in May. It’s all part of an industry whirlwind Jordan is still getting to grips with. “It’s not easy for anyone to make it,” she says. “Music is a hard job!” Jordan is primed to take it on and win.