On The Radar: Wizkid 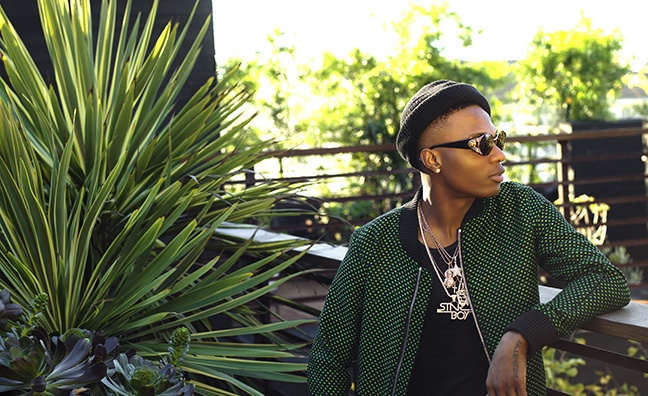 On the eve of his new mixtape, all Wizkid wants to talk about is love. “I just want to keep growing my fanbase and spread love,” he says. “I’m back on the road, I’m excited to be up close and personal with all my fans.” Sounds From The Other Side, his first release since signing to RCA Records/Sony International, drops this week and he’s fresh from Wireless Festival. But Wizkid (real name Ayodeji Ibrahim Balogun) has been sharing the love for a while now.

You could trace it back to 1990, when he was born in Lagos, Nigeria. Growing up in a slum, his youth unfolded like a sprint towards stardom. The son of a Pentecostal mother and a practising Muslim father, Wizkid has 12 sisters. His singing voice was discovered in church as a child, and he soon signed to Empire Mates Entertainment and released introductory single Holla At Your Boy in 2010. His first two albums, 2011’s Superstar and Ayo in 2014, kept the ball rolling - at 1,000 miles per hour, naturally - then, a year later Drake and Skepta remixed his single Ojuelegba, and the Canadian megastar premiered it on his OVO Sound radio show.

Then came explosion. Wizkid featured on and co-produced Drake’s One Dance, which topped the charts in nine countries and became a phenomenon (2,262,916 UK sales and counting). He’d made it, and could now to take his Afropop sound worldwide. “It was a big blessing!” he says of his golden ticket. “When I make music, I do what feels right and what sounds good. That’s my way of creating, people tend to rock with it.”

His point, that he’ll do it his way, no matter who else is in the room is interesting, and echoes what Nigerian culture writer Ayodeji Rotinwa told The Guardian earlier this year: “He has been smart in branding himself early as a collaborator rather than coming to shake up things on the international scene right away”. A snaking list of collaborators that includes Tinie Tempah, Zara Larsson, Major Lazer and R Kelly (as well as Drake, again, who features on recent Come Closer single) backs that up. But surely now it’s time for Wizkid to snatch all of the limelight?

Not so fast. “I spent a long time collaborating with different artists from Africa and I’m not leading or championing the African music movement,” he counters. “I don’t like thinking like that. I’m just playing my part. Doing what sounds good, feels right and original.” Rather than assume a position at the vanguard of any scene, Wizkid stresses Africa’s “rich history”, calling it “a massive and glorious continent” and tipping DJ Maphorisa (another collaborator), Mr Eazi and Burna Boy as other African artists “doing their thing”.

As he heads off into a summer of love with his new record, Wizkid says he’ll keep striving to make “timeless music for everybody, anyone who can feel my energy when they hear my sound”. But will he keep collaborating? “I’ve been blessed, I’ll keep collaborating with people all over the world. I like keeping an open mind. That keeps the blessings coming…”