On The Radar: Yungen 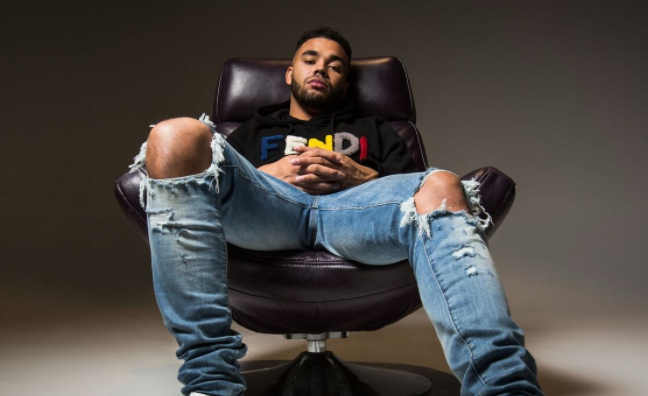 My main plan is to be the biggest rapper in the UK.” En route across London to a BBC appointment, Yungen drops this statement like it’s an eminently achievable ambition. At 25, he seems to have it all mapped out. And once he’s cracked the UK, he’s coming for the world.

“When you’re the biggest in the UK, other countries always want to know what’s going on,” he says. “Having the up-and-coming guys on radio has helped, and UK music right now is in a very, very powerful place.” So too, is Yungen. Real name CJ Brooks, he signed to RCA in November 2015 as a bubbling underground talent, shortly after being nominated for Best Newcomer at the MOBO Awards. Every release since 2011’s F64 freestyle video for SBTV has shown promise, but the biggest weapon in his arsenal is Bestie. Featuring vocals from fellow future-star Yxng Bane, it’s a bona fide summer smash with 208,209 sales to its name, according to the Official Charts Company. It’s currently at No.17 in the UK singles chart and has racked up more than 13 million Spotify plays and more than 11m views on YouTube.

“I didn’t think about it being a hit, I was just in a vibe,” Yungen says. “I knew I had a banger in our world, our scene, but I never thought it would do what it’s done.” He puts its appeal down to two simple facts: “It’s a catchy song and a good vibe.” It soundtracked the summer, a breezy illustration of Yungen’s articulate, inclusive style. “The main thing is music,” he says, returning to his masterplan. “You’ve got to have hits to be able to go literally anywhere and for people to know your songs. Also, being an inspiration to the youth is important.”

You’ve got to have hits to be able to go literally anywhere and for people to know your songs. Also, being an inspiration to the youth is important.

Yungen’s totemic figure growing up was Giggs, and he describes the rapper’s impact as “everything, if he didn’t open doors, we might not be rapping now.” Like Giggs, Yungen grew up on a South London estate, and he’s grateful for how it moulded him. “It has helped me, it teaches you how to grow in a community, how to share, how to create a family outside your family,” he explains, noting that connections made back then resulted in hooking up with Disturbing London.

With his close-knit team, Yungen is plotting. “I pay attention to everything, Spotify, Apple Music, iTunes... You have to as an artist, to know where you’re lacking, where you’re doing well, that’s very important. Streaming has allowed artists to last longer and be heard more,” he says. His assault continues with his biggest-ever UK tour in November, but what comes after that? “Touring the world, selling millions of records, continuous hit singles and a massive album that people remember for years to come… stuff like that.” Watch him fly.