On The Radar: Zak Abel 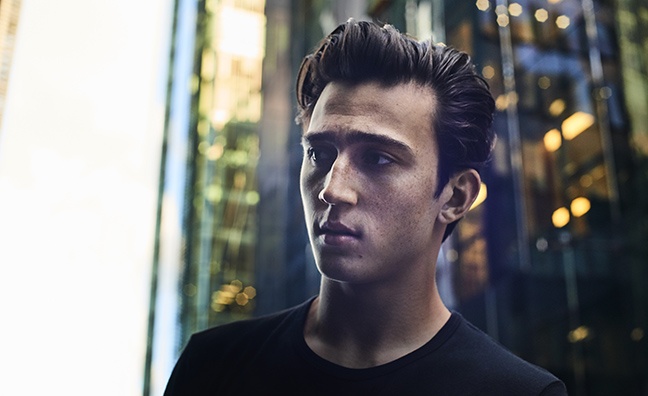 Six weeks before the release of his debut album, Zak Abel is in his dressing gown, enjoying a rare morning off. “I’m adjusting to the time of day,” he says, “It’s not early, but it feels like it is.”

The 21-year-old can probably be forgiven for taking it easy. On April 21 he’ll drop Only When We’re Naked, an album that represents four years of hard work.

Much has changed for Abel in the four years since he was signed to Atlantic as a teenager and former UK table tennis champion from Hendon, north London.

For starters, he’s moved house, but more importantly, he’s settled into being Zak Abel the recording artist, landing on a glossy, modern sound built from tropical beats, crisp electronics and guitar, with his soulful voice pushed front and centre.

“I started off loving Adele, Ed Sheeran, Plan B and Paolo Nutini,” he says. “I thought my debut would sound like theirs, but the two EPs I made [in 2015] changed what I thought I would do.”

He’s referring to Joker Presents…, made with dubstep originator Joker, and One Hand On The Future.

The Joker release was particularly important. Abel sent the producer some music and, two months later, ended up making an early hours trip to Bristol to record it.

“I got a Skype request from him at 1:30am saying we should finish the song,” Abel remembers. “I said I was going on holiday in a few days and he said, Why don’t we do it now?

So he told me to get a cab to Reading and he’d pick me up. He turned up in his Audi R8 and we drove to Bristol and started working. That spontaneity was exciting.”

That moment kickstarted a prolonged period of what Abel calls “trial and error”, working with a selection of songwriters including Sky Adams, Danny Shah, Lawrie Martin, Eg White and Cass Lowe – who all appear on his debut – and exploring different genres and sounds.

Now those years have been whittled down into a 10-track record, Abel’s overriding emotion is relief. “Being signed as a 17-year-old, the debut album is quite a daunting thought,” he says.

“Knowing how to make an album isn’t that natural for a human being, let alone a teenager. It took a little bit longer because I wanted it to be perfect, but then I realised that holds you back because I don’t think perfection actually exists.”

Perfect or not, Unstable, Abel’s biggest single so far, has over 12 million streams, and in February he sold out two nights at London’s Scala, a few miles from his childhood home.

“I didn’t pay much attention before, but it’s exciting when you see your song have millions of plays,” he says. Abel adds that the Scala gigs made him feel “supported and confident”, highlighting a certain vulnerability.

“That’s a nice feeling when you don’t have structure in life a lot of the time, you’re quite reactive to people listening to your music, so stepping onstage there felt quite overwhelming.”

His point circles back to Only When We’re Naked, a record with helplessness and honesty at its heart. Abel is excited at the prospect of people projecting their own feelings onto it, giving fresh life to songs and a sound he’s determined to keep evolving.

“I hope I’ll be able to push boundaries,” he finishes. Doing interviews in a dressing gown seems like a good place to start...