On The Radar: Zuzu 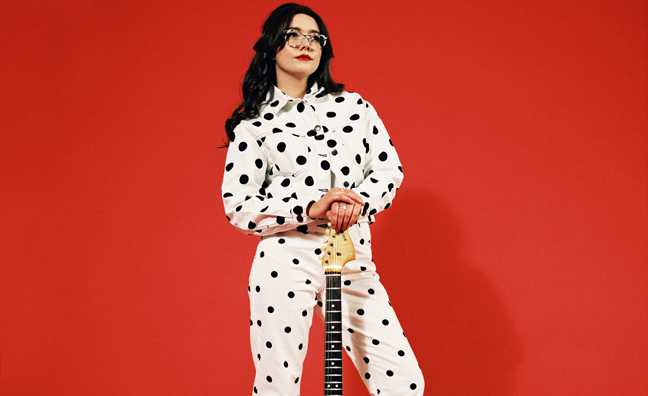 About 12 years ago, Zuzu received records by Blink-182 and The Libertines for her birthday. “I got them off me Nan, I love how she went to HMV or wherever. I played them to death,” says the now 23-year-old. But Mark Hoppus, Pete Doherty and co weren’t the first rock stars to catch Zuzu’s attention. That honour falls to The Beatles, hometown heroes whose records her dad played religiously. Her sister still spins them daily. “I do love The Beatles. Sometimes you feel it can be a bit clichéd saying that and being from Liverpool, but it was part of my childhood,” reasons Zuzu.

Amidst a backdrop of her beloved Bright Eyes, as well as the aforementioned Fab Four/snarly guitars cocktail, Zuzu began crafting her own music, honing in on the fuzzy pop sound she’s made her own. Things took off properly under the watchful eye of St Cupid earlier this year. “I signed to Virgin EMI on Valentine’s Day, I don’t think anyone will be able to top it,” says the singer, who started working with Various Artists Management (also home to The Libertines) shortly before inking her record deal. With a debut EP, Made On Earth By Humans, out now, Zuzu is hard at work in her studio, a nucleus of Liverpool’s thriving scene.

“I love fuzz guitar and I’ve been doing it for so long now that I really feel like I’ve honed that sound,” she says. “I know how I want my first record to sound, what I want it to look like. It’ll probably be out next year.” Zuzu writes with her guitarist and producer Kurran Karbal, following a distinctly no-frills blueprint. “I’ve got more honest with my lyrics, I like to be on the nose now,” she offers. “I try not to do too many metaphors and things. I’m into just saying it how it is.”

All of which has led to a glut of instant-grat indie-pop songs, with pedals and amps afforded as much attention as mega pop hooks. “I love Motown and I love the ’90s. I really want to cross those two together, I want lots of fuzz and distortion, but I want the songs to be classic sounding pop songs, really,” she says. This leads us to the confession that Dua Lipa is on constant rotation on the road. “I love all the pop queens. We play Dua Lipa in the van all the time. If she took us on tour I think I’d have endless credibility with my friends, that would just be unreal.”

And why not aspire for pop stardom? Zuzu has grown up in the music business (“I’ve learned to be tenacious”) and has experiences and choruses to burn. “We all want a No.1 record, but the main aim is to make great records and tour them,” she concludes. “I’d be stoked on that.”