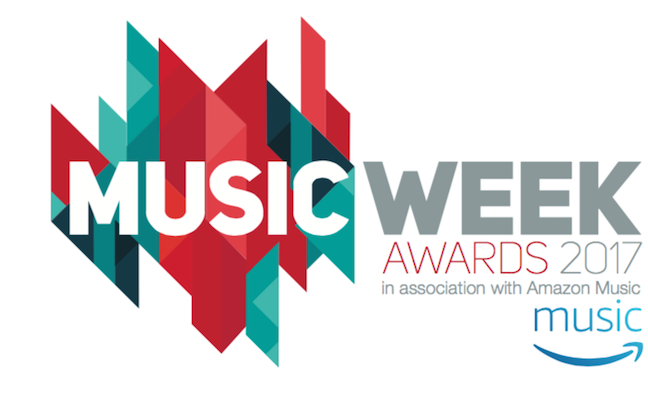 at London's Grosvenor House Hotel will feature more live music business categories than ever before.

Even before this year’s Strat winner took the stage, she brought the house down. As words of praise for Sarah Stennett flooded in from the likes of Jason Illey, Ellie Goulding, Rita Ora, Doug Morris, Max Lousada and more, the stage was certainly set for a momentous speech. After being introduced by Access Industries founder and owner of Warner Music, Len Blavatnik, as “if I were to be reborn as a woman, I would like to be Sarah Stennett”, Stennett reflected on her incredible career to date with searing wit and insight. Stennett lifted the room with her talk of a “new optimism” in the industry, her appeal for individuality sealed the deal. As only the second female winner of the Strat, it was a momentous moment for more than just the recipient of the award.

2. Syco’s shout out to their X (Factor boss)

Simon Cowell’s label have been surprisingly infrequent victors at the MWAs over the years but, on the night, they edged the most closely-fought category of all, emerging from a heavyweight contest with the likes of Virgin EMI, Island, BMG, Decca, Warner Bros and Sony Music Commercial Group, any of whom would have been worthy winners. With Cowell in the US for America’s Got Talent, a seemingly genuinely surprised MD Tyler Brown did the speech honours, coming on stage to the joyous strains of Little Mix’s Shout Out To My Ex (one of the massive 3records that sealed the award). But he didn’t forget to mention the big boss. “A big thank you to Simon Cowell for always being there,” he said. Apart from tonight, obvs…

Within a few moments, Lauren Laverne silenced a noisy audience full of a mushroom and truffle starter, beef, potatoes and a lip-smacking sauce. Not to mention bucketloads of beer and wine. How did she do it? By personalising her experience in the music industry. The BBC Radio 6 Music DJ started at the beginning, specifically, in the ‘90s with her band Kenickie. There were gags about gigs with Sir Patrick Moore and the “two nice ones from Blur” getting the drinks in. There were stories about Top Of The Pops performances and how the teenage dreams about glittery guitars and fancy hairdos didn’t come completely true. Ultimately, there were passionate recollections about the years that led to where Laverne is today, leading the charge at 6 Music and putting her favourite new bands on the radio every weekday morning. Her observations about talking points including streaming, secondary ticketing and Ed Sheeran (she could hardly miss him out), painted her as a keen industry observer and, speaking in a room full of music execs, her words landed poignantly. Fluid and funny between awards, Laverne lent the whole occasion a light, easy human touch and, more importantly, a human touch. Amidst sales figures, ticketing debates and campaign strategy meetings it’s sometimes easy to forget that this business is based on people. Tonight, our presenter offered a welcome reminder.

4. The grass is always greener

Leeds’ Brudenell Social Club proved a popular winner of the inaugural Grassroots Venue: Spirit Of The Scene award, in association with the Music Venue Trust. The 103-year-old club had been up against stiff competition from fellow nominees Broadcast, Glasgow; The Joiners, Southampton; The Lexington, London; Oh Yeah Music Centre, Belfast and The Sugarmill, Stoke. Accepting the award, the 400-capacity West Yorkshire club’s owner and manager Nathan Clark made an impassioned speech about the importance of grassroots venues, cheered on by the rest of the room. Michael and Emily Eavis were on hand to pick up the other new live award, for Best Festival. “We’ve been at it for 47 years and we’re still winning,” said Michael. “Isn’t that great!”

After an initially frosty reception from the room when the brand new category Legal Firm Of The Year’s finalists were announced, the eventual winners, Russells Solicitors, pulled off a remarkable turn around of public opinion. First they won the crowd over by graciously thanking them for the, “warm welcome”, next they generated huge applause by dedicating their award to their late clients Amy Winehouse and George Michael, observing that we are all much “poorer for them not being around."

Closing an incredible night, was not only one of Sarah Stennett's roster, but also one of 2017’s most hotly-tipped artists, Ray Blk. Marking the return of live music to the Music Week Awards for the first time in year, the singer took to the stage for a short but ray-zor-sharp set.