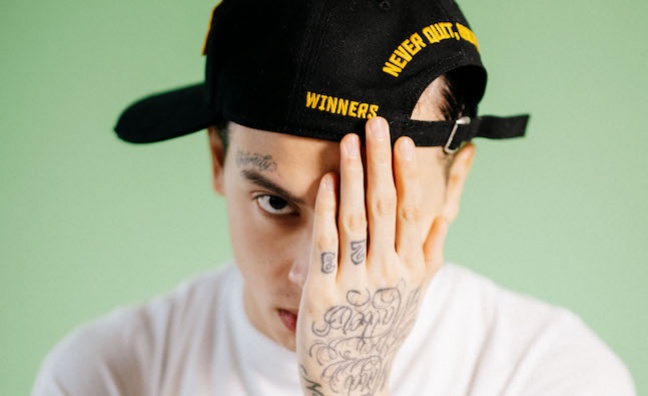 The self-releasing artist secured the second biggest breakthrough for a UK debut album in Q1. The mixtape has gone on to sell 41,532 copies (including 33,495 sales from streams), according to the Official Charts Company.

With strong support from streaming platforms, Wild West debuted at No.2 in March with first week sales of 15,105. The campaign was run in partnership with Warner Music’s independent artist and label services division, ADA.

“While the week one sales were impressive – one of the highest first week rap numbers for some time – the ongoing streaming performance is even more exciting,” said newly-promoted ADA UK Brooke Salisbury. “Rappers are usually the best marketers of their own music and this is very true for Cench. His socials are growing crazy fast and the TikTok sound usages are proving very powerful in fuelling ongoing discovery.

“There are a few singles in play, all serving different audiences - Commitment Issues is Top 50 Airplay while 6 For 6 is a hit with the rap scene.”

Based on just three weeks’ sales, Wild West finished Q1 at No.41. It was the second best debut UK release of the quarter, behind Celeste.

“Cench is a star, a true talent who we’d been looking to work with for a while,” said ADA UK MD Howard Corner. “At ADA we have a very particular and proven approach to artist campaigns - dynamic, engaged, passionate and creative – so when you combine those elements into one very connected and focused partnership, you’re able to achieve amazing things.”

Central Cee has 4,773,438 monthly listeners on Spotify, which supported the UK rapper with its Radar programme.

There’s no question this tape has real staying power

“2020 was a big year of building for Cench, and the success of his single Loading was the final piece in having the right launch pad for his first tape,” said Salisbury. “He has a great dialogue with his fanbase and that axis between social media and streaming is obviously more important than ever.

“But this has been a campaign you could see and feel offline too – if you visited West London in March, you left thinking about Wild West. Our DSP partners have played a very meaningful role in the campaign, and Cench has been an active part of those collaborations, which has meant some stunning content has been made in the process.”

ADA is now making big plans for the campaign, which will include live activity later in the year.

“When we partner with an act we’re in it for the long haul,” said Corner. “We’re just getting started with the tape campaign and we’re focused on making sure it’s one of the year’s most important releases.”

“There’s a lot of impactful moments still to come this year, with all roads leading into Cench’s first tour which starts in September,” added Salisbury. “There’s no question this tape has real staying power – Wild West put its hand up early as one of the biggest debuts of 2021.”