Adele, Coldplay and The 1975 win big at BBC Music Awards 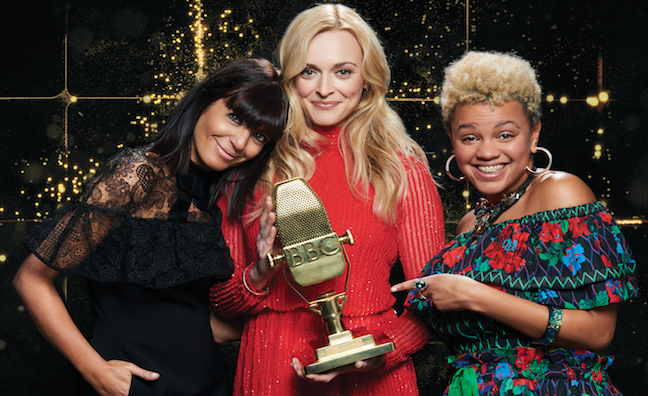 Adele, Coldplay and The 1975 were among the big winners at the 2016 BBC Music Awards.

The BBC Radio 2 Album of the Year Award went to Adele for 25 and was received by Robbie Williams on the absent winner’s behalf.

BBC Music British Artist of the Year was won by Coldplay. The band accepted the award on-stage in Australia via a video link.

As previously announced, Izzy Bizu scooped the BBC Music Introducing Artist of the Year Award, presented by Fearne Cotton, while The 1975 Live Lounge Symphony picked up the gong for BBC Radio 1 Live Lounge Performance of the Year for their performance of One Direction’s What Makes You Beautiful cover.

The final award of the night, Song of the Year, saw Adele triumph once again for Hello, making Adele the most decorated BBC Music Award winner to date. Last year she won British Artist of the Year and BBC Live Performance of the Year for Adele At The BBC, A BBC One Special.

Speaking to Music Week, Bizu hailed the importance of awards which celebrate new talent: "It's really important that up and coming artists get given a chance and get their music heard. This year has been amazing and I couldn't have asked for more.

Also speaking in Music Week, The 1975 frontman Matt Healy said: "This year we really focused on our record and our own little pursuit of excellence, which has been pretty successful but also quite humbling. It was very nice to get this award. And it's great to see Craig David doing so well."