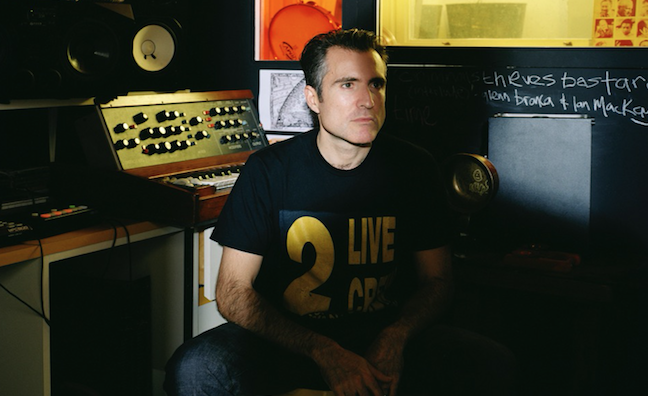 With a career spanning 25 years, Russell started out as a pirate radio DJ and producer of early rave, electronic and hip hop music in his teens, before founding independent record label XL Recordings in 1989 in partnership with Beggars Banquet Records. The label’s first major success was The Prodigy, who went on to become one of the three best-selling UK artists of the nineties. Since then XL has broadened into a number of other genres, with Russell working alongside such artists as The White Stripes, Adele, Thom Yorke, Radiohead, Dizzee Rascal, M.I.A., The xx, FKA twigs and Vampire Weekend.

Russell has also enjoyed success an artist himself, scoring a Top 10 hit in 1992 with The Bouncer as one half of rave duo Kicks Like a Mule. They also co-produced London Posse’s Pass The Rizzla and remixed numerous rave anthems.

Last year he produced Ibeyi’s eponymous debut album and launched a new artist project entitled rLr (Residence La Revolution). The project saw Russell create a new track that sampled the voice of Lee “Scratch” Perry, which people could then purchase from a special rLr website. However, instead of paying with money, customers were required to make something of their own and send it in return for a hand-painted 12” copy of the track.

Alison Wenham, AIM chair/CEO said: “I have long admired Richard as an artist whose natural abilities as a music man have extended in many directions and always brought forth music to astonish. He is at home as a composer, musician, producer, collaborator, inspirer…his confidence with music shines. He is our Pioneer for 2016’.

Last week it was revealed that Róisín Murphy will receive the AIM Outstanding Contribution to Music Award. The event takes place on September 6th at The Brewery, Clerkenwell.

The Pioneer Award is amongst the first of 2016’s Independent Music Awards to be announced, with Best Live Act now open to public voting on songkick.com. Shortlisted nominees for the remaining 13 categories will be announced on August 2nd at the awards launch party at House Of Vans.