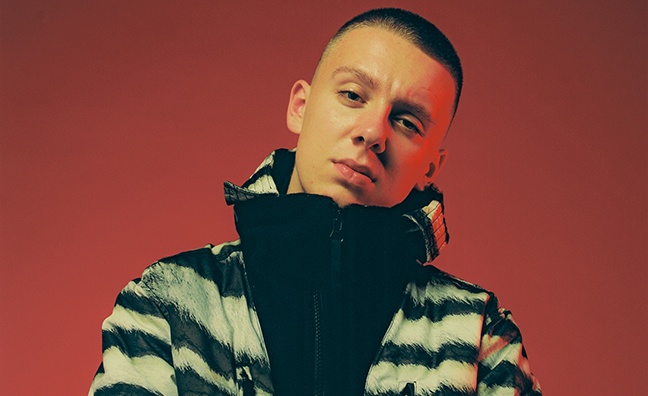 Music Week can reveal that Aitch has moved from Sony imprint Since ’93, where he enjoyed a breakthrough year in 2019. The Manchester rapper is now releasing via NQ, the independent company spearheaded by his manager Adex.

The first release under the new partnership, Mice, is out this week and landed at No.34 in the first midweek count.

“Our head of urban, Colin Batsa, showed me Straight Rhymez back in 2018,” Spokes told Music Week.

Spokes added: “Being a Northerner, I was blown away to finally see homegrown rap talent like his emerging from the North. As such, we could not be more delighted to be working with Aitch, his manager Adex and the NQ team on the next stage of their journey to world domination – Manchester to the world!”

From Manchester to the world!

Aitch hit No.2 last year with Taste (Make It Shake). The song has 678,663 sales to date, according to the Official Charts Company.

The MC featured on Young T & Bugsey’s Strike A Pose, which hit No.9 last year and has 707,503 sales to date. The remix version of Ed Sheeran’s Take Me Back To London featuring Stormzy, Aitch and Jaykae has almost 20 million Spotify streams. Aitch has 4,301,802 monthly listeners on the platform.

Nicola Spokes appears in the latest issue of Music Week in a special report into the label services sector. Read Music Week’s On The Radar interview with Aitch here.