'An album is like a book': Jess Glynne on why long-players will be around forever 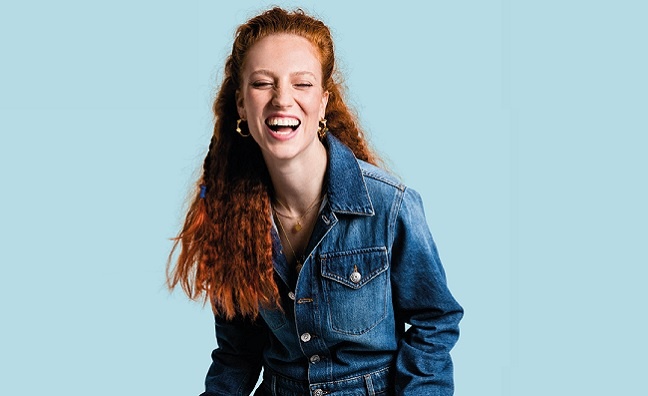 Jess Glynne has told Music Week that she can’t imagine a world in which the album could become “extinct”.

Glynne is an official ambassador for National Album Day, and stars on the cover of our Albums Special issue, out now.

“I feel like the single has become very popular and the way music is released now is so rapid, so albums could maybe not get a full look-in,” said Glynne, who releases her second LP Always In Between on Atlantic this week.

“But when you’re a fan of an artist all you want is their album. I can’t speak for everyone, but I don’t see why it would become extinct, it’s where music began, albums and long players.”

National Album Day takes place on October 13, and Glynne said that the industry “needs to highlight the value” of the format.

“People abiding by society and what’s popular is driving people away from albums,” she told Music Week. “With Spotify and the streaming services – which are amazing don’t get me wrong, it’s a great outlet and they’re so supportive of me and I’m very grateful – as much as they highlight new singles, I do think there should be more focus on albums.”

Glynne acknowledged the difference between “albums artists and singles artists” but said, “We’re still making albums, they’re still being created and people still believe in them, so why would you not have as much focus?”

In May, Glynne scored her seventh No.1 single – a record for a British female artist – and said she occupies “both lanes”, meaning singles and albums.

“I see myself as an album girl, but just because you release albums it doesn’t mean you can’t be a singles artist. Singles are important, they’re what make people want to buy your album. You need to have a great single and a great song in order for people to want to know more about you,” she said.

Ultimately, Glynne finds the value of the long-player in its ability to tell a story. “I’ve always wanted to say something and an album to me is like a story, a book,” she said. “It’s one chapter of your life. That’s always been important to me, more so than singles. All of it together as one is more empowering.”

Always In Between is released via Atlantic on Friday, it follows Glynne’s 2015 debut I Cry When I Laugh, which has sold 1,117,061 copies, according to the Official Charts Company. The singer’s biggest single is Hold My Hand, which has 1,434,665 sales.

“This album is a really big thing. It’s very honest, very real and very intimate compared to the last record,” Glynne said. “It touches on things very close to home and is me baring my soul for the world to hear, which is nerve-wracking in itself. I’m opening myself up to all sorts of questioning and for people to see into my life.”

Subscribers can read our full Jess Glynne interview here, and check out her 10 favourite albums of all time here.

Check musicweek.com throughout the week for more on Jess Glynne.