'An important step in our history': BASCA rebrands as The Ivors Academy 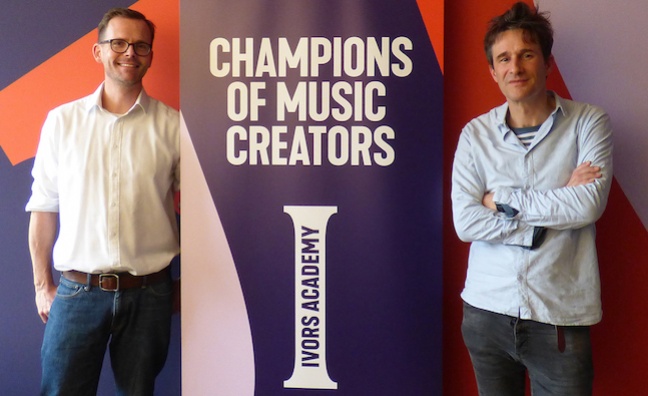 BASCA, which represents the UK’s songwriters and composers, has changed its name to The Ivors Academy.

The move by the British Academy of Songwriters, Composers and Authors is designed to strengthen and amplify its voice in the streaming era.

The organisation, which dates back to 1944, is uniting all its activities under the name of its long-running and popular Ivor Novello Awards. The Ivors' recipients include Jazzie B, Kate Bush, Stormzy, PJ Harvey, Sir Elton John, Brian Eno, Gary Barlow, George Michael, Annie Lennox and Amy Winehouse.

The Ivors Academy has also welcomed Ed Sheeran as a new member. Sheeran was a winner at last years Ivor Novello Awards.

The name change is the start of a drive to build membership. The Ivors Academy will continue to campaign to protect and promote music creators and cultivate the next generation of talent. BASCA has recently campaigned in support of the EU Copyright Directive.

The BASCA Trust, which has awarded bursaries to up-and-coming writer-producers, will become The Ivors Academy Trust. It will expand its work further in the months ahead to develop and support UK talent.

We are becoming true champions of music creators

“Music starts with the creator and without their contribution to recordings, videos, games, TV, film, radio and live, the riches enjoyed across the media and technology industries would not exist. Riches should be shared fairly so that creators can make a living from their art and craft. Creators should not have to constantly fight to retain their rights, fight to be paid and fight for fair access to work.”

He added; “Ours is an amazing community of songwriters and composers. But the pipeline of our future talent faces an uncertain future as music is removed from education and opportunities to play and rehearse dry up. We are launching The Ivors Academy Trust to raise funds and work to safeguard the future of our industry.”

“In the past the industry has spoken on behalf of creators, but The Ivors Academy will empower creators to raise their voice and speak up for themselves.”

Crispin Hunt, songwriter and chair of The Ivors Academy, said: “The future needs a powerful collective voice for music writers. The Ivors Academy of Music Creators is the future-facing, fit-for-purpose evolution of BASCA’s great legacy. Our mission is to innovate, inspire, inform, empower and celebrate musical creativity: connecting a global membership towards a flourishing musical future for every genre and every future genre.”

Joan Armatrading, recipient of the Ivor Novello Award for Outstanding Contemporary Song Collection, said: “Recognition for my songwriting, especially from my peers, is extremely important to me. Being part of an organisation that stands up for our rights, and protects the value of our craft, is invaluable in today’s industry and I’d encourage every songwriter and composer to add to our collective voice.”

Anne Dudley, composer and recipient of the PRS for Music Outstanding Contribution to British Music Ivor Novello Award, said: “Music says so many different things to different people, and it’s a true joy to be able to create it. The work of The Ivors Academy to celebrate music creators and support their art is invaluable in allowing our industry to keep growing and innovating.”

The Ivors 2019 will take place on May 23 at the Grosvenor House in London, hosted by Paul Gambaccini.