'And I'd like to thank...': All the industry namechecks at the BRITs 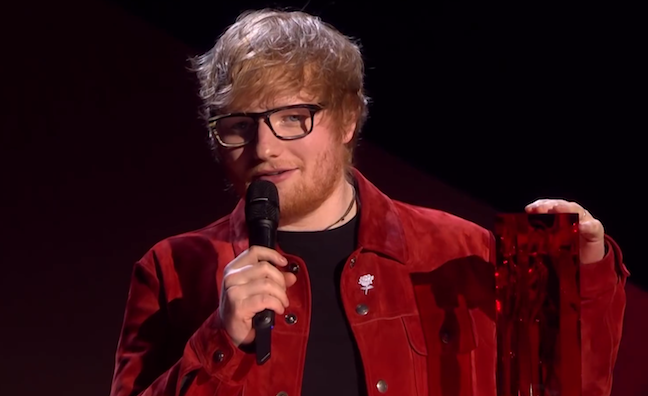 Getting your face on TV at the BRIT Awards is all very good but the ultimate accolade for a non-artist attending the ceremony is a ‘thank you’ in front of a TV audience of millions. Here, Music Week looks at the industry executives and trusted collaborators who got a namecheck from a winner on the stage during the big night…

Gracious in victory, Dua was quick to thank her fans but also made sure to mention managers Ben Mawson and Ed Millett at Tap Management, along with Warner Bros Records’ Phil Christie and Joe Kentish “for believing in me from day one”. Warner Music’s Max Lousada and Jane Arthy also got a namecheck.

Collecting the BRIT for Human, Rory Graham had plenty of people thank for his massive sales, including apparently “everybody back in Brighton”, Best Laid Plans, Columbia, Sony and “wonderful management” at Black Fox.

On a disappointing night for the singer, he was dignified in accepting his single award and gave most of the credit for his worldwide success to Gaby Cawthorne, Warner Music VP international marketing. “She’s fantastic and she is the reason for this award,” said Sheeran, who also remembered to mention “cool” manager Stuart Camp.

As the grime star picked up his second award of the night, he made his traditional acceptance speech acknowledgement of “my brother” producer Fraser T Smith, along with studio engineer Manon Grandjean and Twin B (Alec Boateng), co-head of A&R at the rapper’s new label Atlantic. Plus team Merky, of course.

Winning for the second time, Lorde was on video but gave a spirited acceptance speech with generous mention of Virgin EMI’s Ted Cockle and Universal Music UK’s David Joseph.