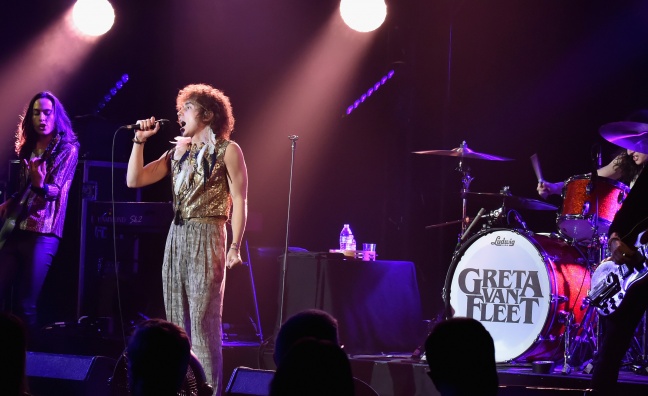 The pre-Grammy party circuit continues unabated – with the hottest ticket in town on Saturday being Universal’s now-traditional artist showcase.

Presented by Universal Music Group chairman & CEO Sir Lucian Grainge, as ever the showcase attracted a staggering array of A-list talent and executives. Plenty of artists showed up even without an engagement to perform, with the likes of Shawn Mendes and Nick Jonas in the crowd.

Grainge himself opened the show, promising to “present these artists in the most authentic way possible: no filter, no MC, no long speeches”.

“2018 was another record-setting year for UMG on so many levels,” he said. “The team from UMG sitting in this room is responsible for our historic performance and I’d like to give credit to them and thank them.

“The teams all around the world couldn’t be more different and that’s by design. The fact is we are not monolithic; we’re a collection of many companies that form a partnership.”

Shouting out partners such as Big Machine, Grainge continued: “All our labels and these entrepreneurs believe an artist can change the culture and make their mark. That passion is at the very core of what we want to be and what we will always do.”

After that, it was showtime, with the UK’s own R&B rising star Ella Mai – up for two Grammys tomorrow with Boo’d Up – opening things up in super-slick fashion.

YG also made an impact, opening with FDT (Fuck Donald Trump), an edgier-than-usual choice for an industry-only  crowd. “Life is about making statements,” he said nonchalantly, before 2 Chainz – joining him for I’m Different – chortled: “He was really stressing about doing that ‘fuck Donald Trump’ shit.”

Then there was less profanity but plenty of lols from country rockers Midland. “We’re used to people being way more drunk and stoned,” they quipped as they surveyed the distinctly sober lunchtime crowd. Still, no booze was needed to enjoy the downhome charms of Drinkin’ Problem.

But then there was also some business to be done. Universal used the showcase to announce a raft of new film projects from Polygram Entertainment. Rock documentaries are hot property right now, and Polygram will release films about the Bee Gees, hip-hop jewellery, the origins of mixtapes and The Go-Go’s. The latter’s Charlotte Caffey, Gina Schock and Kathy Valentine were on hand to watch the trailer for their story, which already looks like it will be a must-watch.

Lil Baby made a brief appearance but the real buzz came from K-Pop sensations Blackpink. They may have been making their very first appearance on US soil, but theirs is a fully-formed pop package, slamming through Ddu-Du Ddu-Du and Forever Young with such irrepressible effervescence that they already look like superstars.

J Balvin had the unenviable task of following that, but pulled it off with a dazzling white suit and the Latin swing of Mi Gente before Greta Van Fleet (pictured) took things back to the old school with their perfectly pitched rock crunch.

There was still time for Post Malone to play a quick acoustic set before execs headed off for the next, almost certainly inferior party…