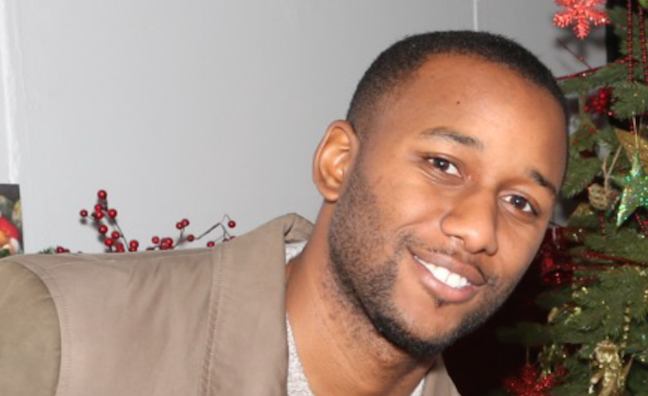 This week, the industry is reflecting on a good first half of the year for breaking UK artists. As reported in our cover story on Monday, there are eight 2017 UK debuts in the list of the Top 200 selling albums of the year so far.

Music Week spoke to executives from across the new music sector about these findings, and part two of our series of the full Q&As features Zeon Richards, director of Renowned Management (Wretch 32, Knox Brown, Jordan Thomas) and A&R consultant at Polydor. Richards has worked with a raft of artists including Stefflon Don and his close ties with urban music mean he occupies a place at the centre of the movement.

Here, we delve deep into the mechanics behind 2017’s breakthroughs and ask if the trend will continue.

How good has 2017 been for breaking UK acts?

It’s a pinnacle in terms of the type of artists that have broken. These are unique artists that are authentic and are a good representation of British culture in 2017.

Stormzy and J Hus had built up a head of steam, but did you expect those records to be as big as they are?

It was clear it was a pinnacle moment for Stormzy, he had a wave of great energy so whenever he decided to release his album it would have impressive results. I think it was less clear for J Hus, he had big underground records, but I don’t think anyone anticipated it would lead to Did You See being such a huge single and then into album sales.

Are labels doing things differently this year? Or is it the artists?

I think artists can represent themselves in a purer way and audiences gravitate towards that. Labels are being more accepting of artists and not trying to commercialise them. When media outlets were limited prior to streaming, you had to bear in mind the thought process of mass radio and TV, but now, because of the internet and streaming sites, you’re able to tailor the marketing towards the audience and allow artists to be themselves.

Have labels been playing catch up in the wake of streaming’s growth, then?

It’s definitely changed. There’s now a streaming department at Polydor. At first, even seeing the playlists at Apple and Spotify like you would radio playlists wasn’t palatable in a sense. We’ve had to really analyse the different playlists and how they correlate, it’s still a learning curve but we seem to know a lot more now than we did six months ago.

What have labels learned from the way these acts are breaking?

[They’ve learned] not to neglect your core audience, to have consistent releases and not to put too much emphasis on one single. Previously, you’d release three singles into an album, now you have to tailor towards the market and keep releasing music once the campaign has started.

What about the amount of rappers on the Top 200 list. What does that say about the scene?

There are more artists coming out of the urban scene and it’s because there’s a direct audience immediately via online platforms with huge numbers of subscribers. Artists can show themselves directly to audiences and build from an early stage before they become commercial. Artists like Yxng Bane and Kojo Funds are getting millions of video plays before they get mass radio play. The organic nature of the urban scene and those platforms means there’s more opportunity to break than other genres.

Definitely, young kids are growing up and are intrigued by new acts and want to discover and share. Whether the new acts sell gold and beyond is another thing, but if you’re talking about the top 200, then 100% yes.

You can read Part 1 of this week's series analysing the year's breaking artists, in which Caroline Simionescu-Marin, A&R manager at XL Recordings, explains why UK rappers are making waves in 2017 here.