Bat Out Of Hell: A personal reflection by David Sonenberg 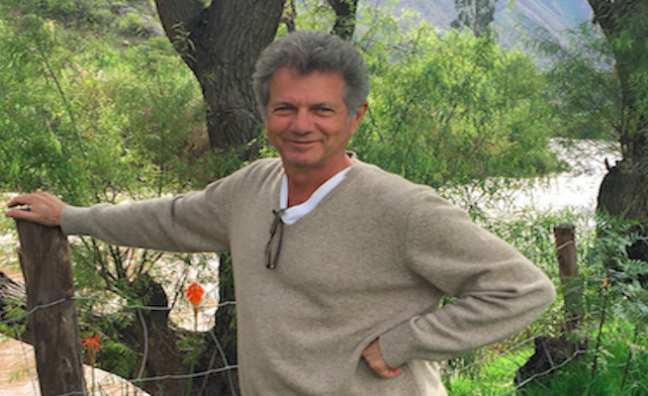 In the latest issue of Music Week, we look at the phenomenal story of Meat Loaf and Jim Steinman’s rock odyssey Bat Out Of Hell. You can read the incredible account of how Meat Loaf and Steinman, with help from manager/lawyer David Sonenberg, went from mass label rejection to produce one of the best-selling albums of all time – a record that has sold a staggering 3.31 million copies in the UK alone, according to Official Charts Company data. With this week seeing Jim Steinman’s Bat Out Of Hell: The Musical touch down in London for its official premiere, Music Week speaks to David Sonenberg – also one of the Bat musical producers - to get his reflections on what Bat Out Of Hell means to the music industry…

What is the lesson of Bat Out Of Hell for the music industry?

“Well, there are many lessons. One is that something that’s different should be welcome, rather than shunned. I found in my experience, as a manager, that when the industry was really thriving, and if people were selling vanilla ice cream, they were only looking for more of the same. Whatever’s on the radio, whatever’s working, that’s what they were looking to sign, not recognising that there was a quotient as to how much vanilla ice cream people could consume. There are only seven songs on Bat Out Of Hell - I didn’t know any albums in those days that had only seven songs! It was a most unusual pairing, it was rock ‘n’ roll, and it was theatrical! When we showed up with Meat Loaf, we had a very unlikely leading man. He wasn’t your traditional matinee idol. He was 350 pounds, he had long hair and his name was Meat Loaf – in and of itself not necessarily a very attractive name, without all the other trappings.”

What did you make of Meat Loaf back at that time?

“He was very charismatic and he commanded a lot of attention. And that got my attention. He was singing these songs by Jim Steinman - and the two of them were a very unlikely pairing. Jim was this bizarre intellectual who just got out of Amherst College and was writing for the theatre. He was a music freak, but he was really intending on being in the theatre. I went to Law School to avoid having to go to Vietnam, but I had theatre in my blood, I had acting in my blood, and I was a musician. I had a deal myself with Warner Bros, and then I met Steinman and Meat Loaf and those ambitions kind of went away. Steinman’s lyrics were just extraordinary. And then Meat Loaf, in some bizarre kind of karmic way, would sing these lyrics and he’s least likely candidate: Steinman’s this Jewish boy from New York and Meat Loaf’s this Texas boy. He would sing them, but it would be operatic! It was so extraordinary; he was so passionate, and so committed to the music. We would do live auditions for people [at labels] and they would look at us like we were wild banshee animals.”

You fronted half of the money to get Meat Loaf and Jim Steinman into the studio to record Bat Out Of Hell. What was personally at stake for you at that time?

“It was an enormous gamble. I wasn’t looking to be a lawyer, but when Vietnam happened people were being given deferments if you were a graduate so I applied and got into Harvard Law School, which I wasn’t really prepared for! Everybody there was a very, very, very serious law student. I go there, I spend three years, I do pretty well and I heard about this thing called entertainment law and I became an entertainment lawyer. That is how I met Steinman and Meat Loaf in the first place. I left my firm and started to manage this. Believe me, you get a percentage of what your client makes, but when your client isn’t making anything and you’re putting in thousands of hours and you’re getting zero… For me, it was a real chance. I wasn’t earning any money. I still practiced a little bit of law on the side, but it was a struggle. Fortunately, it was the first thing that I did and it turned out to be monumentally successful. But there was a lot of pain and anguish that went with it.”

Bat Out Of Hell was turned by a lot of labels, what kept you going?

“I kept being nourished by the response at small shows, it was visceral! I also remembered I had heard a very early version of Bruce Springsteen’s Born To Run and I remember that it really didn’t do much for me. Later I went to see Bruce at the Stone Pony in Asbury Park and he was freaking off the hook amazing. And then I went to re-listen to the record and it was the greatest record that I’d ever heard. Sometimes you can miss it, you know? The Bat songs are long, it’s not very obvious, there’s a lot going on. There are a lot of background vocals, there are a lot of orchestrated parts that Steinman had layered, so it’s not a one-time listen. Especially, at the time when rock n’ roll wasn’t exactly in flavour. I’ve got to give Steinman a lot of credit, and I’ve got to give Meat Loaf a lot of credit because he created so much passion and attention! He was unique. But Steinman’s stuff? He just really grabs you. And on some level, he is always trying to be funny and humorous but he is also deadly serious! Steinman always said that the first thing that he tries to do is to come up with a hit title, and when he comes up with a title that he thinks is a hit, then he really puts the pressure on himself to make lyrics worthy of the title. And then he has to come up with music that’s worthy of the hit lyrics… and he does it all by himself. It’s not like there was anyone helping him. One thing I’ve noticed – and I felt it instinctively when I first listened to it - when you watch people listen to Steinman’s music, it’s kind of different than everything else. It’s almost like the Rocky Horror Picture show – when people get into it and they act it out.”