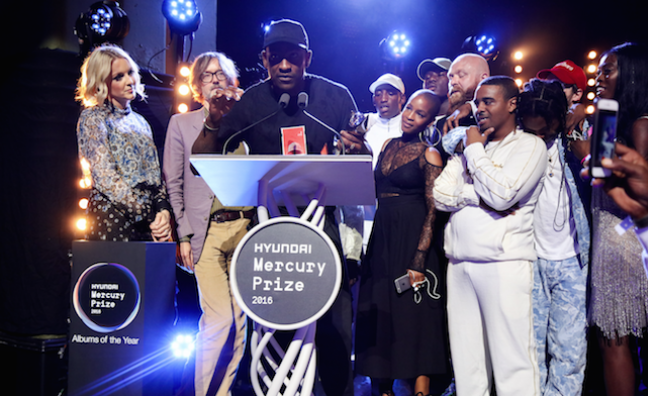 2016 has been described as a “tipping point” for grime by music BBC Radio 1Xtra DJ MistaJam and BPI chairman Ged Doherty.

Both were interviewed in Music Week’s review of 2016 issue, out now, about the impact grime and UK rap have made on the music business during 2016.

We picked five key moments and spoke exclusively to those who were there.

Reflecting on Stormzy winning AIM’s Innovator Award back in September, the company’s marketing and events director Lara Baker said: “People like him are making the traditional parts of the industry sit up and think, Fuck, there’s a new way of doing this and we need to pay attention. That’s really cool.”

Doherty was asked about Skepta’s Mercury Prize win for his Konnichiwa album.  From a BRITs audience point of view it may seem like grime has only just broken through this year,” he said. “But we know it’s been around for a long time. For Skepta to win that award this year was a tipping point for the genre.”

Commenting on grime’s widespread presence across the UK’s festival circuit, particularly at Glastonbury, where Skepta appeared on the main stage and the Sonic Stage was entirely devoted to the genre on one day, MistaJam said: “It’s impossible for you to look at the ticket sales stats within the grime genre and not realise why Skepta or Stormzy might justify a very large booking fee and top of the bill presence.”

Read what they had to say in full in the new edition of Music Week or by clicking here.